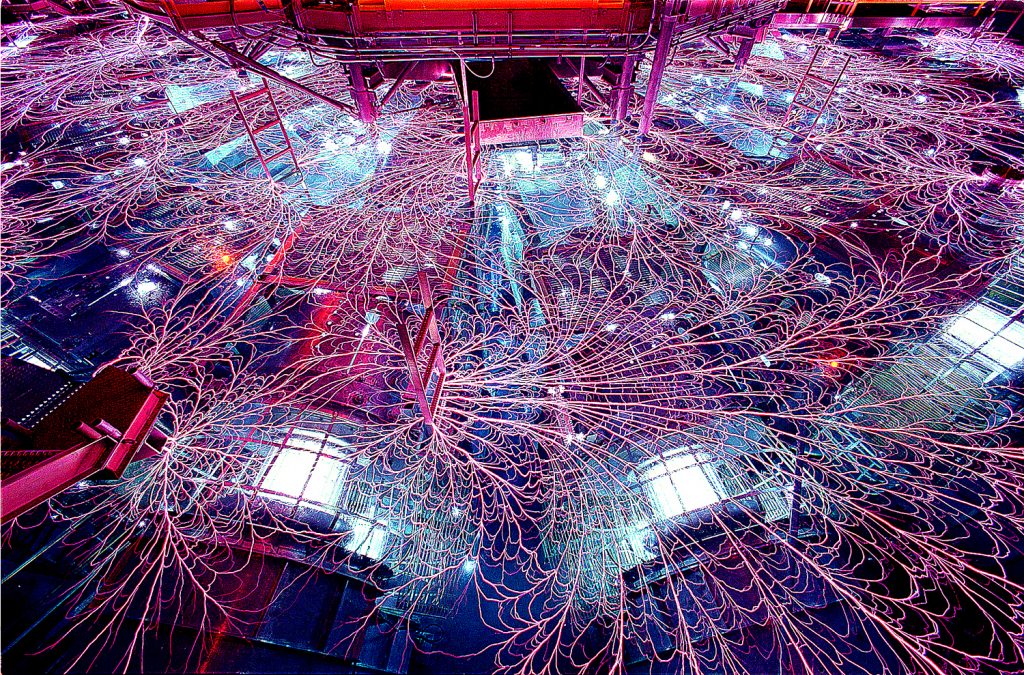 The above Image was taken by Randy Montoya at Sandia National Labs. It is an image of the largest pulse power facility in the world “The Z Machine”. After the U.S. Singed treaties to not do live tests of nuclear weapons, the DOE as been creating creative solutions for verifying computational models and testing components without detonating weapons. The Z machine generates X-ray power of 290 trillion watts per billionth of a second and the center Vacuum chamber reaches  3.6 million degrees F. What you are seeing above is 2.3 million liters of deionized water used as an insulator. The deionized property of the water allows for enough power to run 100 homes for two hours to be released in 100ns. The beautiful lighting like propagation across the surface of the water is actually due to the massive amounts of electricity interacting with impurities in the water. Ideally there would not be this beautiful visualization of the immense power of this facility.  The Z machine is also involved in research for the creation of fusion power plants.