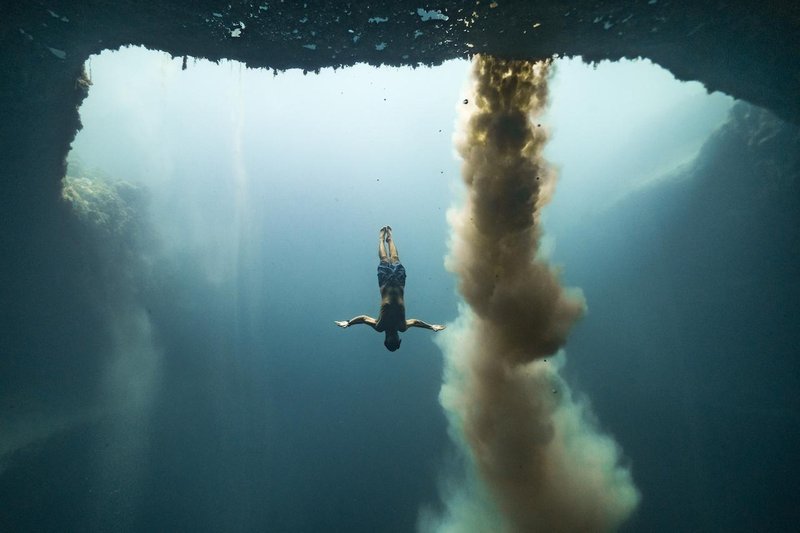 The video and still images here are capturing a geological phenomenon sometimes referred to as a sandfall.  These images were captured offshore of Long Island, in the Bahamas in an underwater sinkhole known as Dean’s Blue Hole.  The sandfall phenomenon in Dean’s Blue Hole is a result of seasonal water currents pushing very fine sediment into the submerged sinkhole.  Because the sand is denser than water, it cascades off into the hole in a fashion reminiscent of a waterfall.  The sand in this part of the Bahamas is particularly fine, giving the sand flows a very “liquid” appearance, as some of the particles become suspended in the water.

Daan Verhoeven’s images feature a substantial human element to them, nearly all of his videos and photos of this phenomenon contain a diver interacting with, or providing context to the sandfalls.  While this can be distracting, the addition of a diver in the image provides a sense of scale to the viewer.  I believe this is also an effort to make images more visually interesting in a very difficult photographic environment.  Not only did Verhoeven have to capture his images with underwater photography equipment while scuba diving, he had to deal with very cloudy and unclear water conditions as a result of the very sediment movement he was trying to capture.