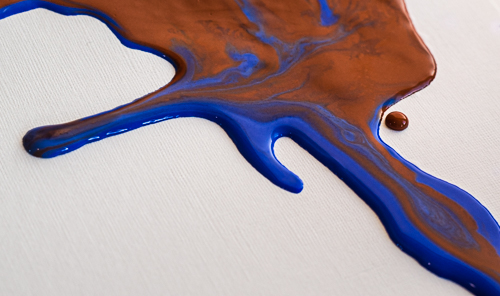 Figure 2, full page view of flow after 24 hours of drying.

Report and Images by Summer Thompson for Flow Visualization, section 1, 2018.

For my first Flow image project, I photographed two colors of oobleck, flowing across a page of paper.  I created the oobleck with two parts cornstarch and one part water with the initial intent of recording the oobleck reacting to sound waves from a sub-woofer.  The project was successful but I was unhappy with my video quality so I decided to photograph the oobleck flowing across a page the next morning.  I was excited to work with oobleck because it is much more viscous and slow moving than water or oil, which made it much easier to capture with only two hands. While conducting this flow I was able to change the direction or incline of the path and photograph the flow without worrying about losing the image quality or aesthetic  I wanted.

To give a measure of scale, the longest finger of the flow spanned 10” from the opposite edge of the initial pour site. Figure 2 shows the flow on the page from above and gives a better reference of scale compared to figure 1 which has been cropped and was taken with a magnifying lens.

I made my oobleck from cups of cornstarch and one cup of water in a pint plastic container. To create the two colors of the oobleck, I mixed ½ cup of oobleck with about a tablespoon of artist pigment then mixed until the pigment was evenly dispersed.  I set a 9” x 12”sheet of acrylic canvas on a table next to a window in my room.  I then poured about ¼ cup of the blue oobleck onto the canvas. I then poured the red/brown oobleck on top of the blue and shifted the plane of the paper to make the two colors flow together across the page. Figure 1 has some lumpy texture near the pour spot.  I wonder if my addition of pigment may have decreased the shear thickening force of the cornstarch.

Non newtonian fluids have a viscosity dependent on shear rate. Oobleck is a shear thickening fluid, so the more force one enacts on it, the more solid it becomes.  This was most apparent when mixing the pigment with the oobleck as the particles had to be mixed slowly or else the oobleck would freeze from the force and not mix.

I decided to go for a contrasting and intense color palette of Sennelier Red Ochre (259) and French Ultramarine Blue (314) dry artist pigment.  I mixed a heaping tablespoon of each pigment into each of the ½ cup containers of oobleck. I chose these two colors for their vibrancy and visibility next to each other. I was satisfied with the resulting aesthetic of the two colors on a white ground.

When pouring the liquid, I shifted the plane of the canvas to control the flow of the oobleck across the page.  When I was satisfied with the shape of the oobleck, I set the paper down and the flow stopped without shear force while I photographed it.  The flow dried flat and turned into a powder when scraped.  Figure 2 show this solid after about 24 hours of drying time.

My exposure was 1/100 sec, f/5, ISO-400.  I was about 2 feet from the flow when I shot figure 1.  Figure 3 shows the un-cropped original image, where the size of the image plane is about 6”x5” at about a 45 degree angle to the plane of the canvas.  The lens I own is meant for a larger sensor camera, so the image was extra cropped.  Post production, I increased the exposure, vibrancy and contrast.  I also upped the whites and spot treated some distracting marks out of the final image. I took this image next to wall which reflected morning light onto my image plane.  The wall is pink so the light was very warm originally and compensated for with temperature controls in lightroom.

The Image shows particles of orange and blue pigment layering into rings and deforming with the force of gravity on a flat plane. The pattern of the two colors reveals how the thickening fluid moves with shear force down an incline hill. Overall I am satisfied with this image.  I really liked working with oobleck and am considering working with it again with a more complex force like rotation. I’m still curious if my addition of pigment compromised the thickening force of the oobleck, and what that may have changed in my flow.