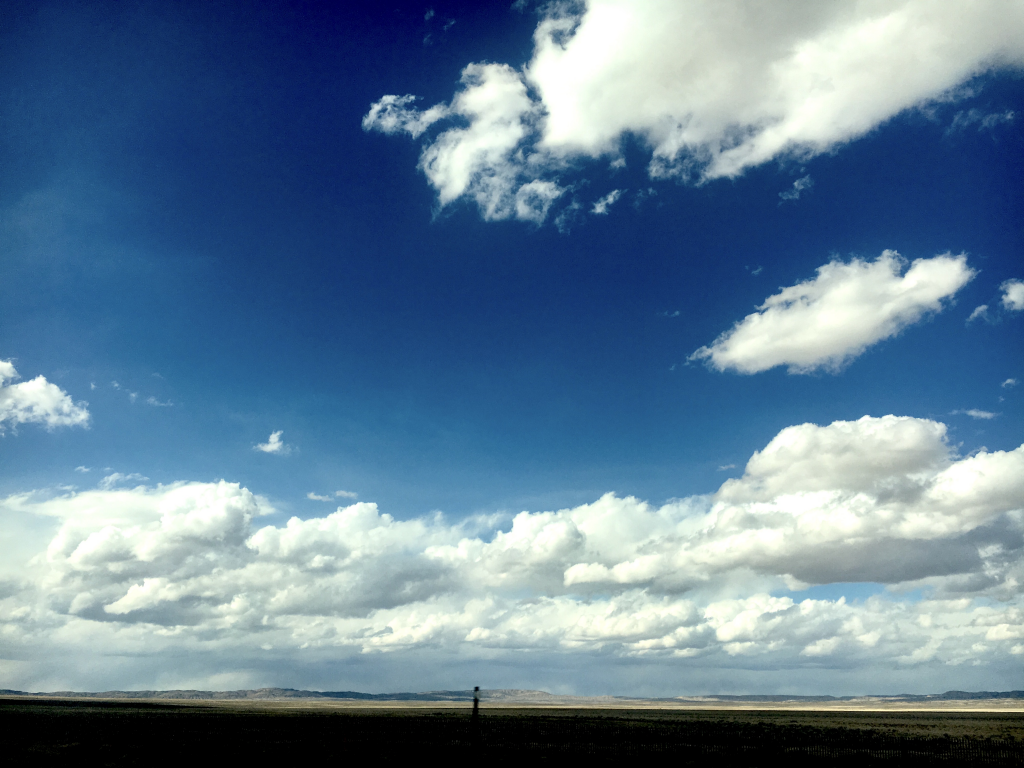 The image used for this report was taken in the middle of Wyoming March 25. I chose to use this image because I loved the blue of the sky. It was very deep and it really helped make the clouds pop naturally. For the boring drive through Wyoming, the pretty sky really made up for it. These clouds covered a large area of the plains off in the distance and I felt that it made for a very nice picture. Based off the looks and height of the clouds, I would categorize them to be stratocumulus. When the photo was taken, the weather was quite still so the atmosphere I guessed at the time would be stable. When looking at the skew T chart, my guess was confirmed. To edit the photo, I used fotor. When editing the picture I wanted to keep it the natural beauty of it so I only slightly enhanced the colors and darkened the ground to keep the clouds as the center of attention. To capture this, I used my iPhone 7. Because it was a landscape shot, the iPhone 7 was able to capture it quite easily. When calculating the Reynolds number, it was hard to determine how large the cloud actually was since it covered a large expanse. Assuming the average length of the clouds in the picture are about 500 m , the density 1 Kg/m^3, the wind an average velocity of 4 m/s and the viscosity to be 1.7 * 10^-5 Ns/m^2, the Reynolds number of cloud is approximated to be Re=1.18 * 10^8 resulting in turbulent flow.