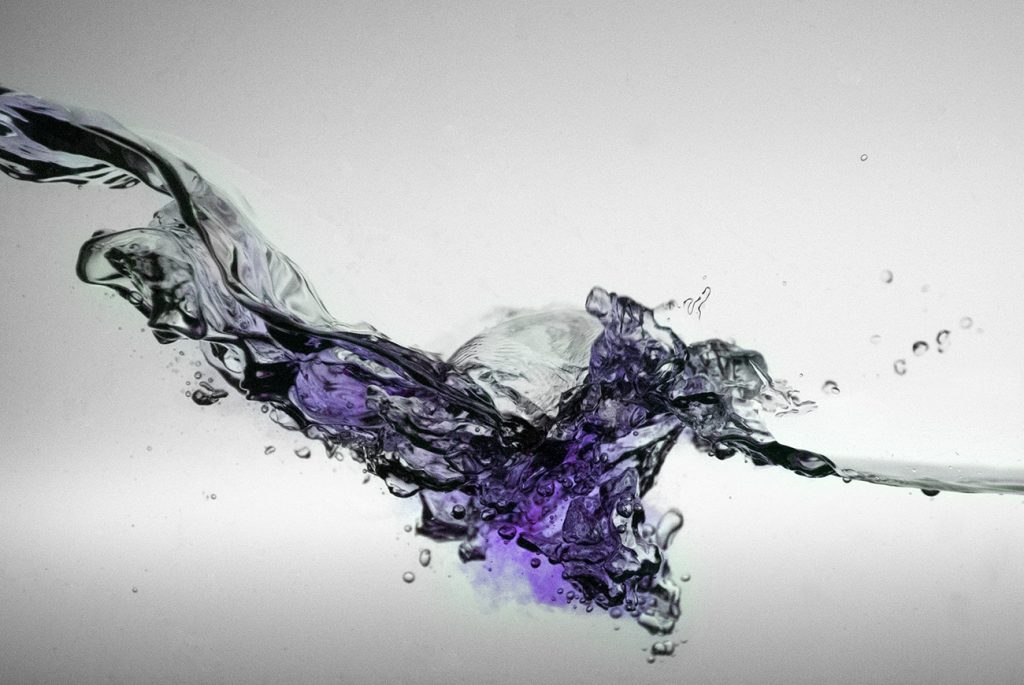 For this image, my team and I used the Flume in the ITLL basement to explore waves. We used a wood block to cut off the flow of water, and then released the water and photographed the interaction of the water rushing and hitting a solid wall. Cropped out of the left side of the image is the solid wall. We dropped food coloring into the water as the wave was about to hit, and this was the resulting image. The food coloring was initially red, but I changed it to purple to get a higher contrast (and cooler looking) image.

Here is a link to my report: TeamOneReport