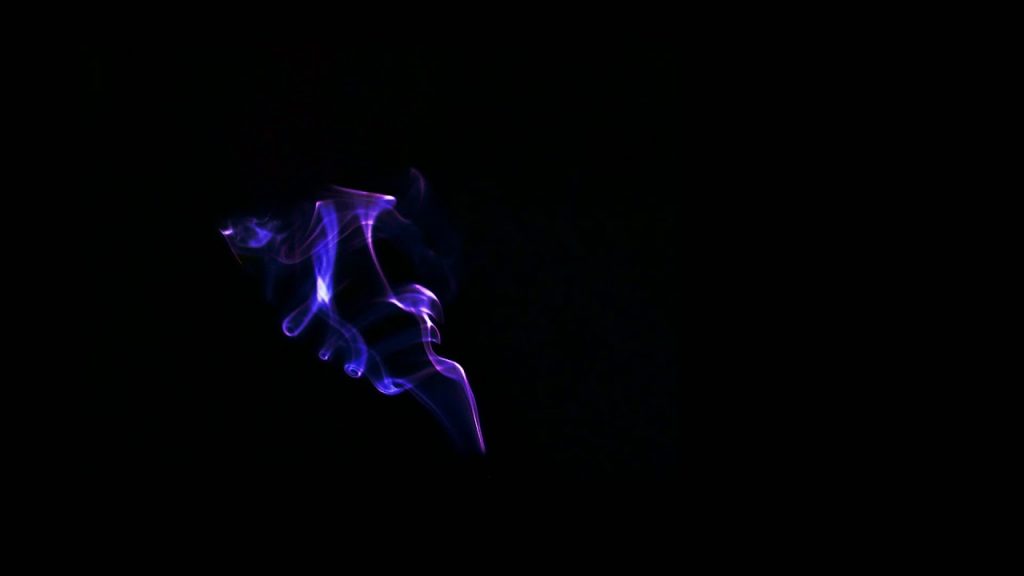 Our team did a couple different experiments to visualize the flow of smoke or flames.  We attempted to create a fire tornado/spiral by setting two pieces of glass offset, that caused the inrush of air to push the flame into a spiral.  Unfortunately we didn’t get great image results, however I believe this may have been my fault for not trying a higher shutter speed.  I was just shying away from raising the ISO even more, but perhaps it’s worth it for the sake of science!

We also did some work with visualizing smoke (of which we also struggled with for a while until we figured out a good system) — to be read in report.

This resulted in some really cool visuals, here is a video of said actions!

This video was created in collaboration with Owen Brown, Mathew Davis, and Casey Munsch

Our team conducted a few experiments in order to visualize a flow of flame and/or smoke.  Our first experiment involving flame did not go well, and I chose not to report on it.  The experiment I am reporting on is this phenomenon of smoke leaving a point source.  I feel we were successful in capturing what we set out to do here.

We were able to capture the laminar sheet flow across a sheer layer until it quickly became turbulent.  The best part about the turbulence is that it started to form very consistent patterns as you can see about half way through the video.  All these actions are caused by the smoke being a buoyant plume.  This is because the smoke is a heated gas which results in it being less dense, thus accelerating upwards.  The sheer layer between the unseen air and the smoke is called Kelvin Helmholtz instability, and is what causes the swirling patterns to appear.  The same instability can be most famously seen on Jupiter, as many of its bands are rotating in opposite directions causing this interaction.

The continuous Kelvin Helmholtz instability can be described mathematically with the Taylor-Goldstein equation.  It is a very complex looking equation, so let’s look more at the onset of instability which is what we are seeing in my video.  This is described by the Richardson number, Ri.

Where g is gravity, p is density, and u is a flow speed.  If Ri is < 0.25 then the layer is typically unstable.

To create this video, we played around with a few different methods of smoke generation.  What we found to work really well, was simply a corrugated cardboard rolled up tightly.  We lit the end of it, let it burn for a few seconds and then blew it out.  This allowed the cardboard to continue to smolder and produce a carbon filled smoke.  Before-hand, we setup a portable projector to act as a bright light source.  Because this light source is so well focused, it created a very clear cut line in which the smoke would appear and then disappear as it entered and left the light.  This focus ability allowed us to keep the entire room from being lit up by having a light source that emitted in all directions.  The camera used was of the following specifications:

The video was shot with the following settings:

The higher frame rate let us achieve a slow-motion of 4x.  I used a program called Davinci resolve to process the video.  The program let me adjust the color grade as well, so I brought up the contrast and added some purple to the high’s.  The blue in the photo came from the color being emitted from the projector.  I liked the bright contrasting white lines in the smoke, so I blew them out in order to exemplify the vortex’s that were occurring.

In the end I was quite happy with the video we obtained.  It’s a really cool demonstration of the turbulence because of the consistent patterns that show up.  We had sat there simply filming the action for a while and I’m a little sad that we stopped it thinking that we got what we wanted.  What I found after viewing the video is that the best patterns had started to occur towards the end and wished we kept filming for longer.  Regardless, I think it’s a very cool demonstration because of the dual sources of smoke (coming from 1 singular smolder), conducting the same phenomena.  If we acted on this idea in the future, we would set up everything in a more still environment in which other invisible turbulence’s were not occurring.  Even better, would be to chill a fog and pour it over the rising smoke to try and catch both layers sheer with each other.  In our video, we can only see one layer because the air is invisible.

Equations were found on Wikipedia: https://en.wikipedia.org/wiki/Kelvin%E2%80%93Helmholtz_instability