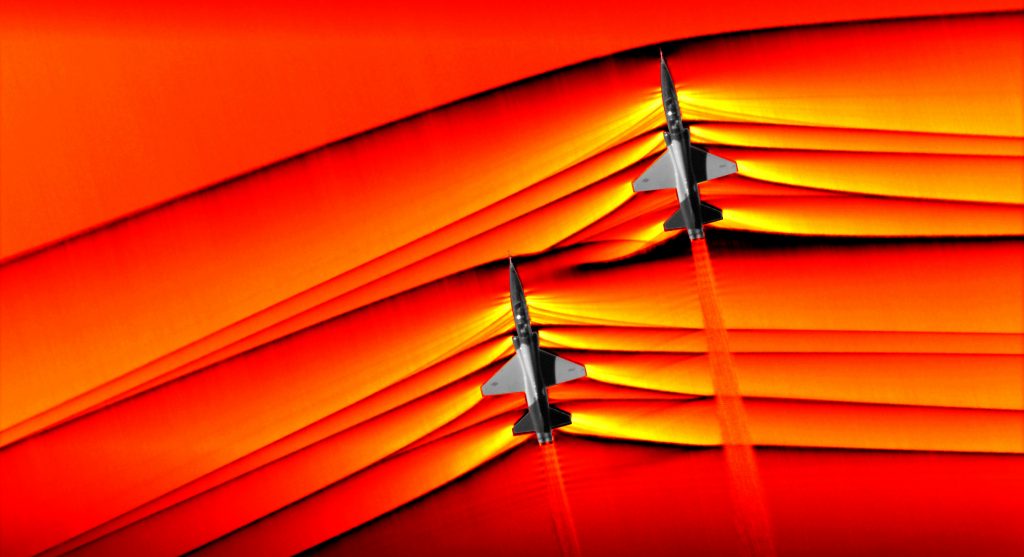 This photograph is a picture captured by the NASA’s Commercial Supersonic Technology Project team at NASA’s Armstrong Flight Research Center in Edwards, California. It features two T-38’s from the Edwards Air Force Base. It is showcasing the interactions between the two supersonic shock waves created by the two aircraft. This was the first time this sort of image was able to be captured. It was originally monochromatic but was colorized after. This image was able to be captured by using an advanced technique called air to air schlieren imagery. I thought it was amazing how the flow turned out visually with the stark bends and straight lines.