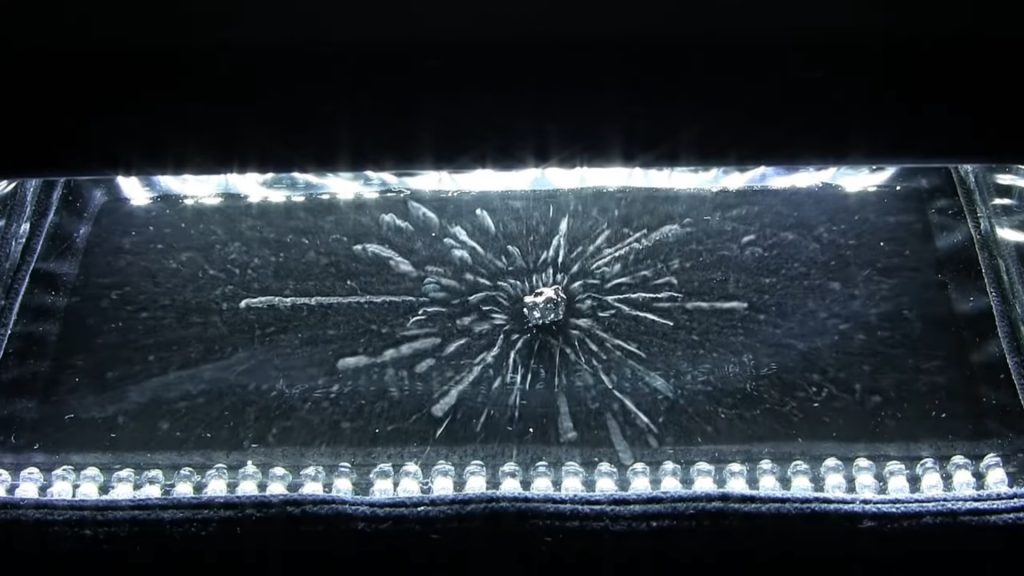 For my Best Of Web submission, I chose one of Cloudylabs’ youtube videos where they use their cloud chamber to show natural particle flows around us at all times. According to Cloudylabs: “The most common ones are alphas, electrons, positrons, protons, nuclear charged fragments, muons (…). These particles come from natural cosmic and telluric background radiations or from close radioactive sources.” I didn’t know there were so many charged particles flying past us that we can’t see unless the conditions are right. What we see is the charged particles forcing the alcohol vapor to condense by knocking electrons off the molecules and forming ions in the process. The video I am referencing specifically is 50 minutes long, so I condensed 5 seconds of it into a GIF for easier digestion. I also included a screenshot as the GIF isn’t quite as high of resolution as the screenshot is.