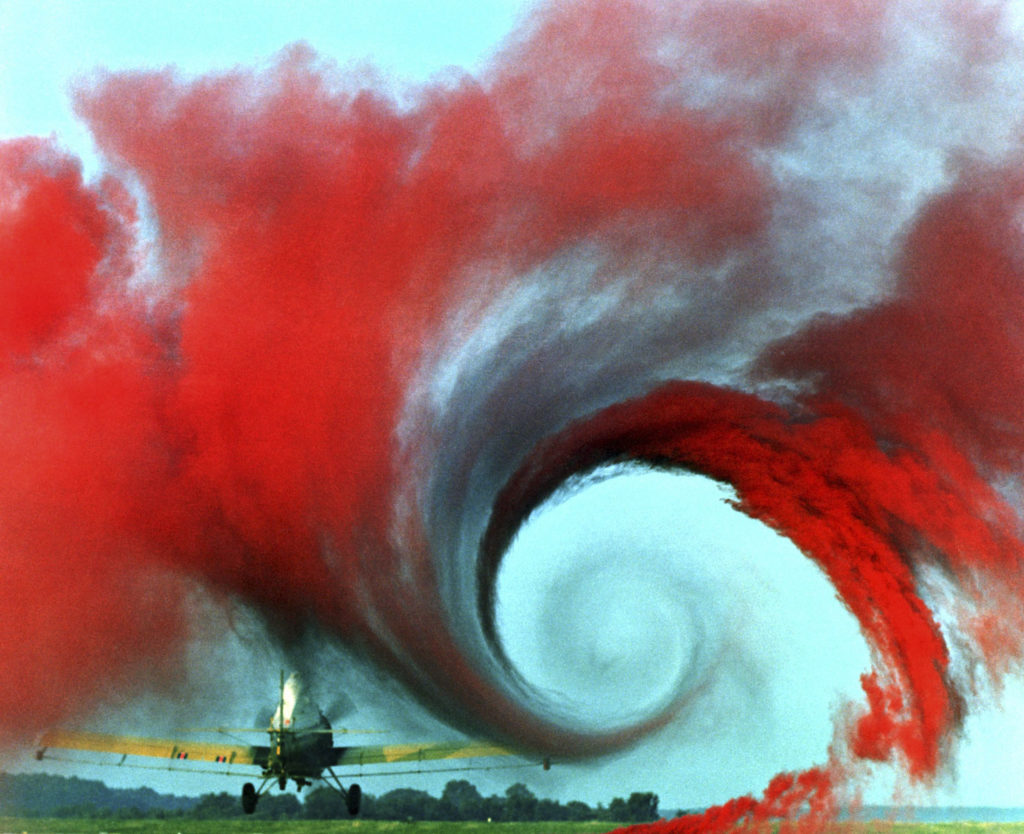 This photo shows vortices coming off the wing of single engine plane flying over a plume of red smoke. The smoke appears to revolve in a tightening circle that dissipates as it reaches the center. This disturbance in the air gives the illusion that the image has been artificially distorted. The red smoke against the blue background provides excellent contrast to visualize the effects of the wingtip vortices. I think the compression of the plane and the smoke (likely attributed to a long focal length) ties the two together well. Overall, I think this is an appealing photo that would be interesting to recreate on a smaller scale.