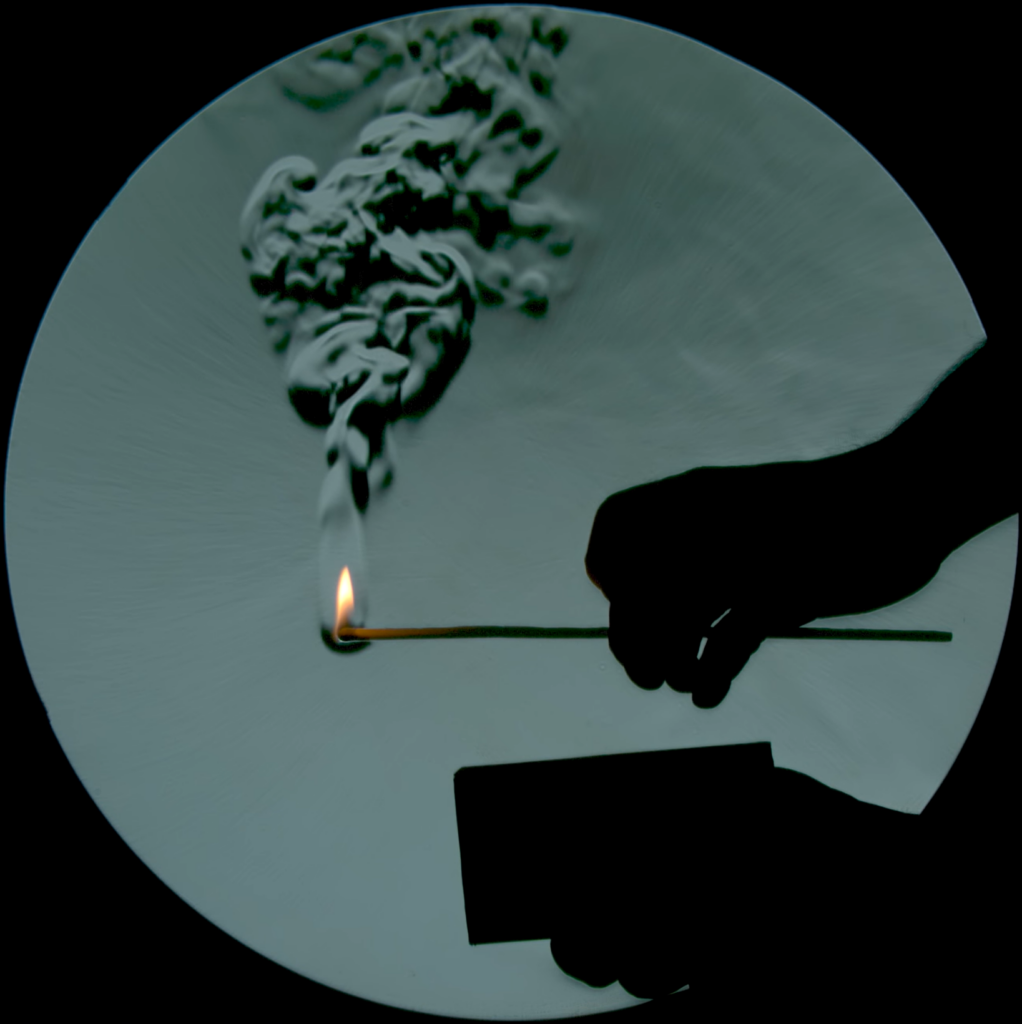 This image is a still from a video called “How To See Air Currents” posted to the YouTube channel “Veritasium”. The video describes Schlieren imaging, a technique developed by German physicist August Toepler to better understand and visualize fluid flow. Transparent fluids appear clearly in the image due to the varying refractive index among different fluids.

I thought this image was very interesting as it reveals an aspect of fire that’s invisible to the human eye. Usually, the flame is the most captivating part of a fire but in this case, the warm gasses rising from the flame look even more spectacular. The flow of the heated gasses is laminar as it leaves the flame but quickly becomes turbulent as it rises in the air. The light green background paired with the black foreground provides great contrast for the image as well.

The video can be found here.