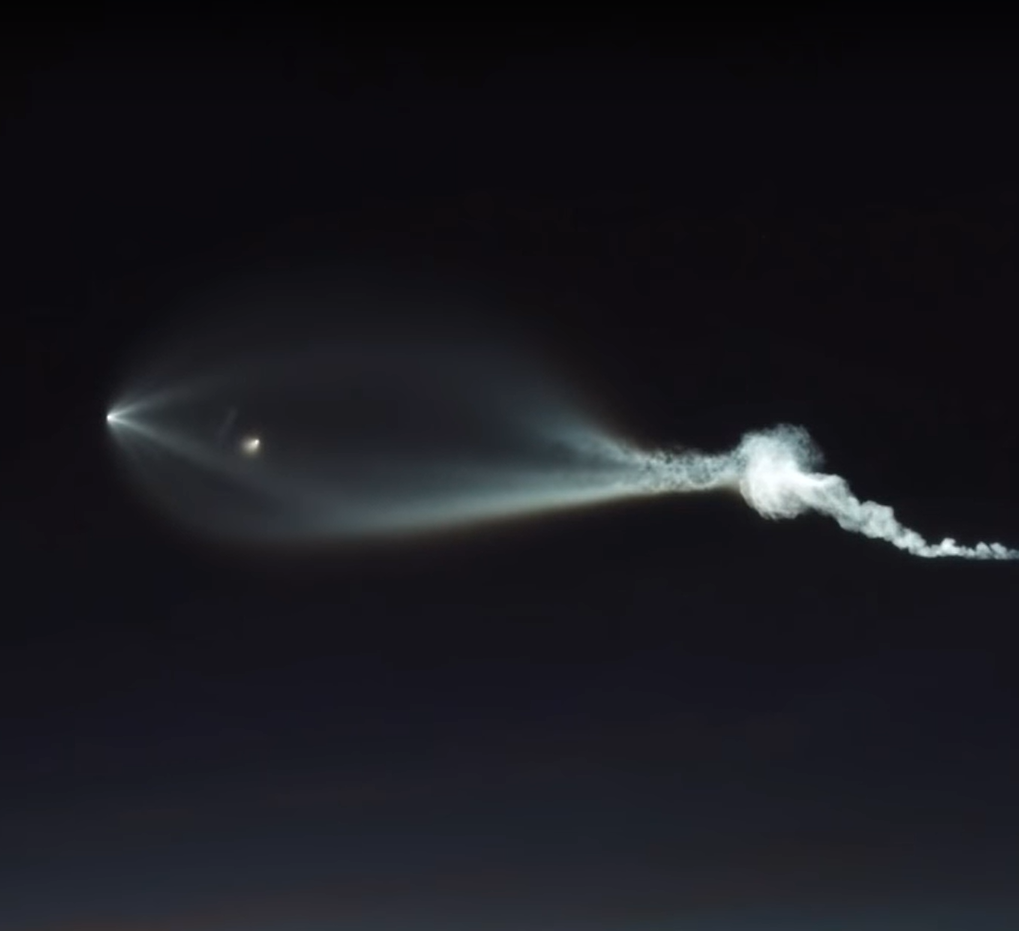 This is an image of the trail produced by a Falcon 9 rocket taking off over LA at dusk. The image is taken from a video by the popular aerospace youtuber Scott Manley. In the video he gives an in depth explanation of both why the trail is visible, and what forces cause it to take it’s peculiar shape. I highly recommend watching the video as it is only 7 minutes long and super informative, but I will also give a brief summery. View the video here.

What gives the trail it’s almost surreal appearance is it’s unique launch window at dusk. Initially the rocket is still low and produces an occlusion trail, with it’s exhaust blocking out the light scattered by the sky behind it. Eventually the rocket gets high enough that rays from the already set sun are able to scatter off the trail, but not the atmosphere the rocket is flying over. This makes the trail uniquely visible as it appears to glow.

Eventually you can see the trail slowly expand as the rocket continues to gain altitude, producing an almost alien shape. This is caused by the drop in atmospheric pressure at higher altitudes. At launch the atmospheric pressure is greater than the exhaust pressure and stops it from expanding as it leaves the nozzle. However once the pressure drops at higher altitudes the exhaust pressure forces the exhaust gasses to expand into the atmosphere, producing a massive exhaust plume, much much larger than the size of of the nozzle.

Scott also talks about the transition from a rough to smooth trail once the rocket stages. the initial rough trail is caused by flows from the 9 first stage thrusters interacting, however once the rocket stages it’s single second stage thruster produces a very clean low turbulence trail. There are also some kinks that form in the early part of trail due to turbulent air in the atmosphere moving the exhaust gases around. Finally Scott points out that you can also see smaller plumes produced by the staged booster’s attitude control system, aligning it for it’s return to the surface.