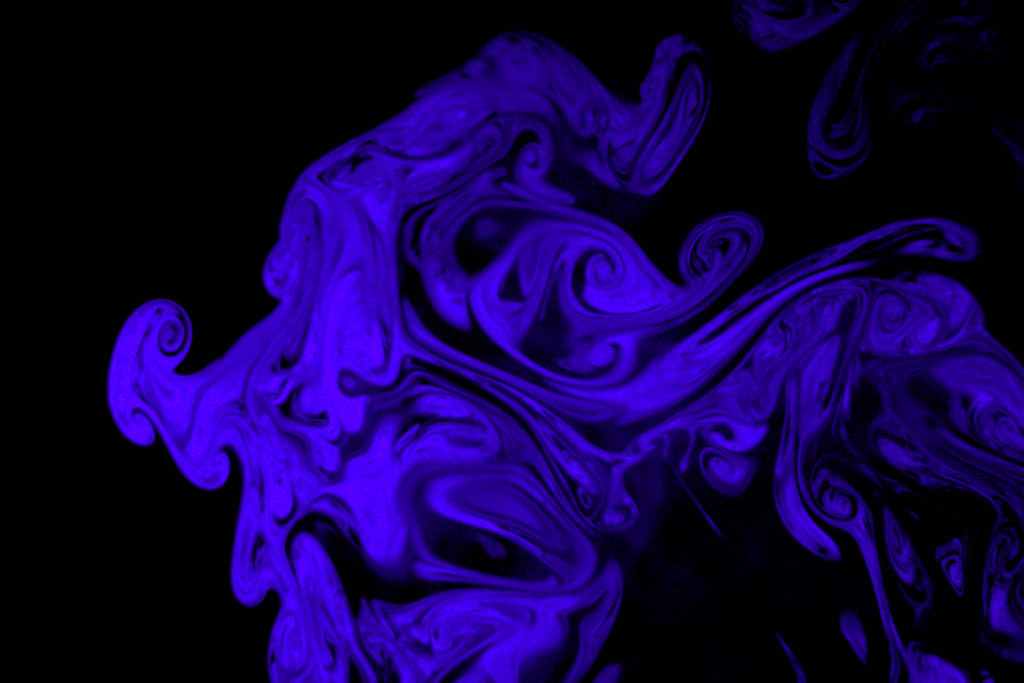 This image was captured using a planar-laser and a fog machine. Focusing the camera was a difficult task, as it was necessary to exactly focus within the plane of the laser. Safety precautions were taken in order to prevent the laser from burning our retinas, mostly in the form of well-placed bedsheets and glasses. One person operated the camera, while another puffed smoke from the fog machine and a third operated the laser by controlling its intensity. Post processing was not too difficult, the blackpoint was adjusted to reduce noise, and the RGB curve was manipulated in order to bring up the contrast and let there be noticeable difference between each tendril of smoke. The image was also cropped in order to better focus on the subject.