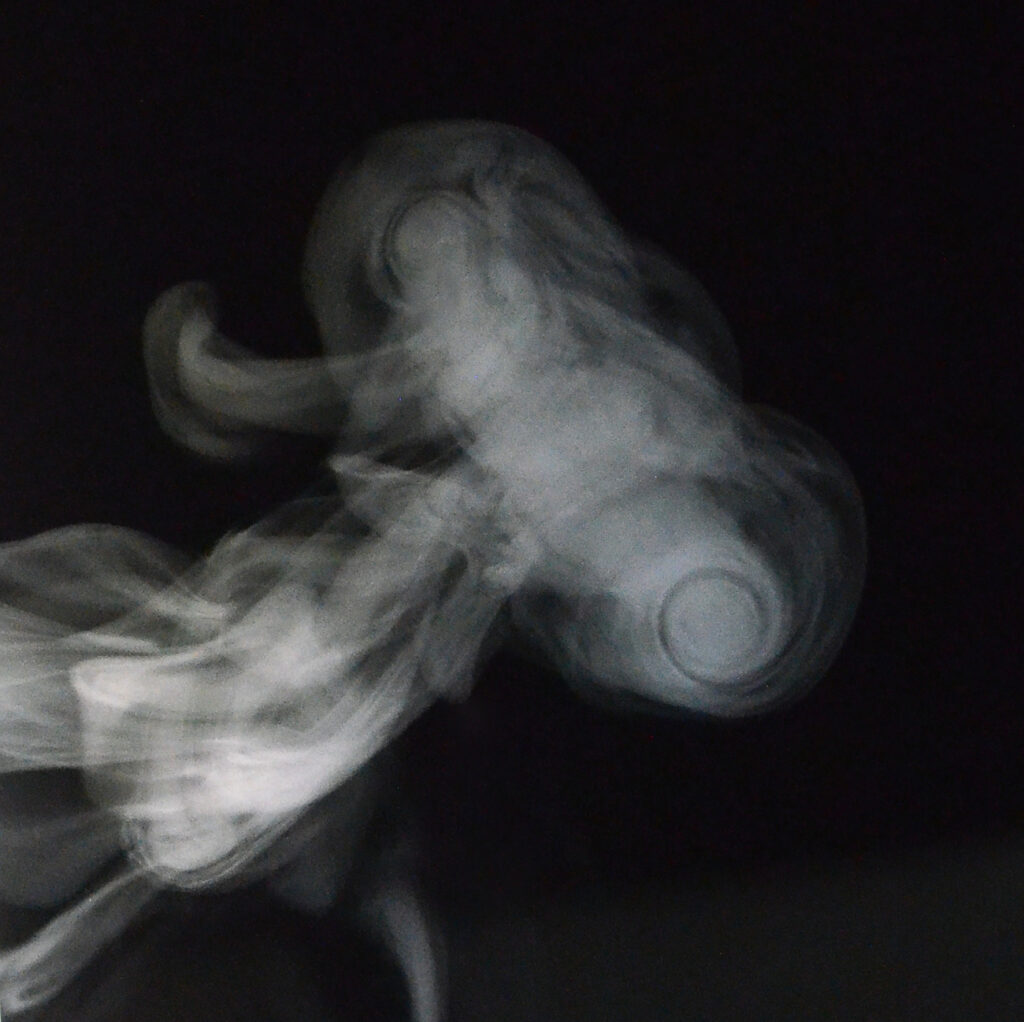 This is a photo of a smoke ring blow using a homemade rig. It involved a box with a hole cut out of it and a “bellow” made of paper on one side. The box was filled with smoke using a smoke machine. Then the bellow could be pressed expelling smoke and then released creating a backdraft that created a smoke ring. The smoke ring could be lit up using a large lighting panel and then photographed. This image shows the vortices on either side of the ring and the smoke that the ring is leaving behind. Unfortunately, due to poor lighting, the ISO and framerate settings were difficult to get right so the image is very slightly grainy. This image was the best one out of about 400 images that we took using the same setup.