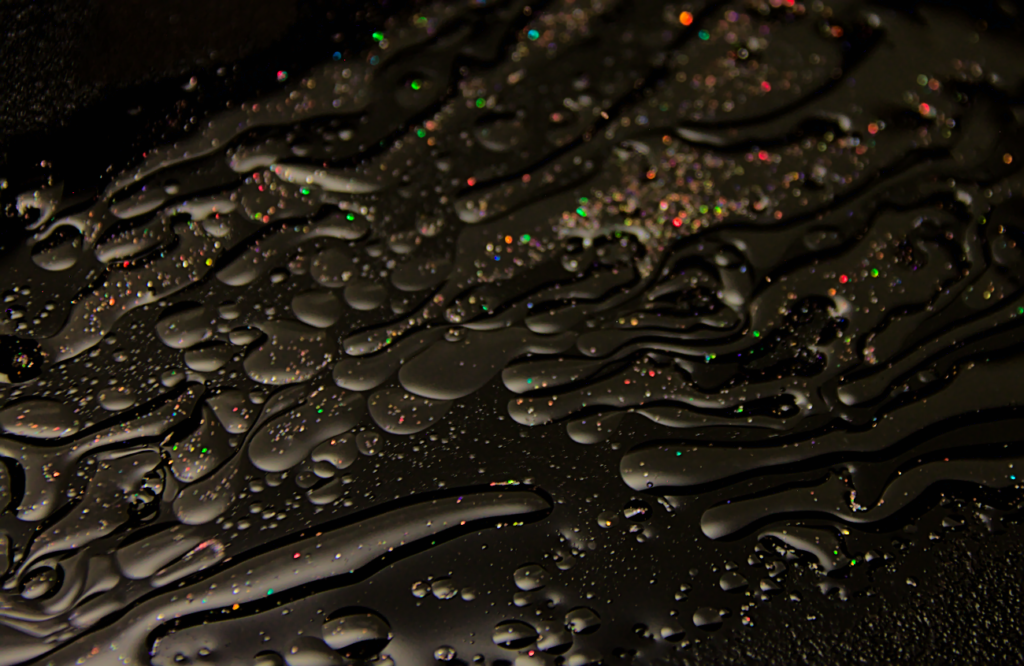 This image details a low-density oil traveling over a coarse, wetted surface. In the oil are small glitter particles of varying color. The glitter is of a very similar density to the oil, thus it maintains a hydrophobic property. This image was actually a biproduct of a failed experiment. After attempting and failing to capture bubbles of oil and glitter mixed in with water, I drained the vessel into my sink, allowing the oil to flow over the surface at varying velocities. With low light and high exposure time, the motion of the oil can be seen at the boundaries of the photo. In terms of post processing, a fair amount of color correction was done, including adjustments to the sharpness and denoising in order to make the glitter appear more clearly.