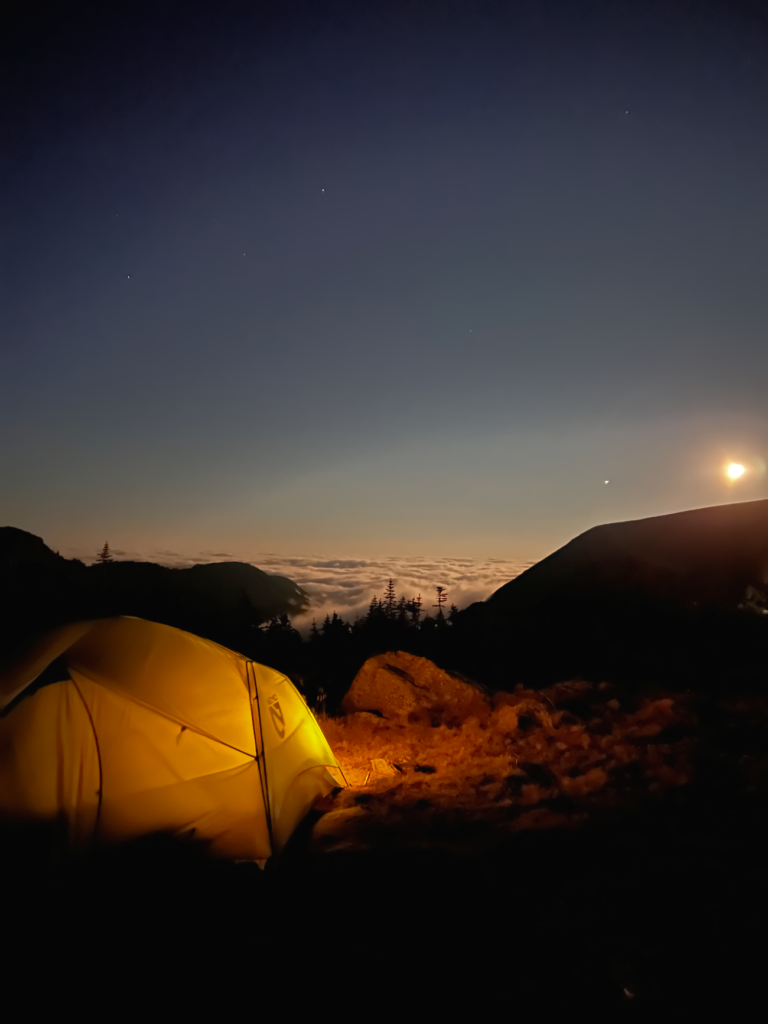 Shown here is a medium-long exposure image that I took at night with my iPhone 13 Pro while backpacking in the Indian Peaks wilderness near Rollins Pass on September 10, 2022 at 8:30 PM. In the foreground my tent is captured and is illuminated by a headlamp inside on the red-light setting. In the background, down valley, clouds are captured that are undulating and hanging in the valley all the way down into Nederland and then into Boulder beyond that. The image was taken at ~11300ft of elevation. I believe these clouds can be characterized as fog that is orographically influenced by the mountains and valleys below it. I would estimate that the fog is hovering around 10800-10200 ft of elevation at its highest in this photo. The most proximal Skew-T graph for when and where this image was taken is pictured below and shows that the atmosphere in this photo is stable, as indicated by the CAPE index being equal to 0. Based on the skew-t graph there are no extremely obvious indications that we would be certain to see clouds, however we could expect to see the most likely formation of clouds around 10400ft which is the case in this photo. This indicated that the skew-t graph is potentially partially representative of what is going on in the image despite the fact that it’s measuring Western Slope weather as opposed to Front Range weather. A time lapse video of the fog pictured can be seen below as well, illustrating the undulating gravity and buoyancy forces at play causing the valley to look like a sea of fog.