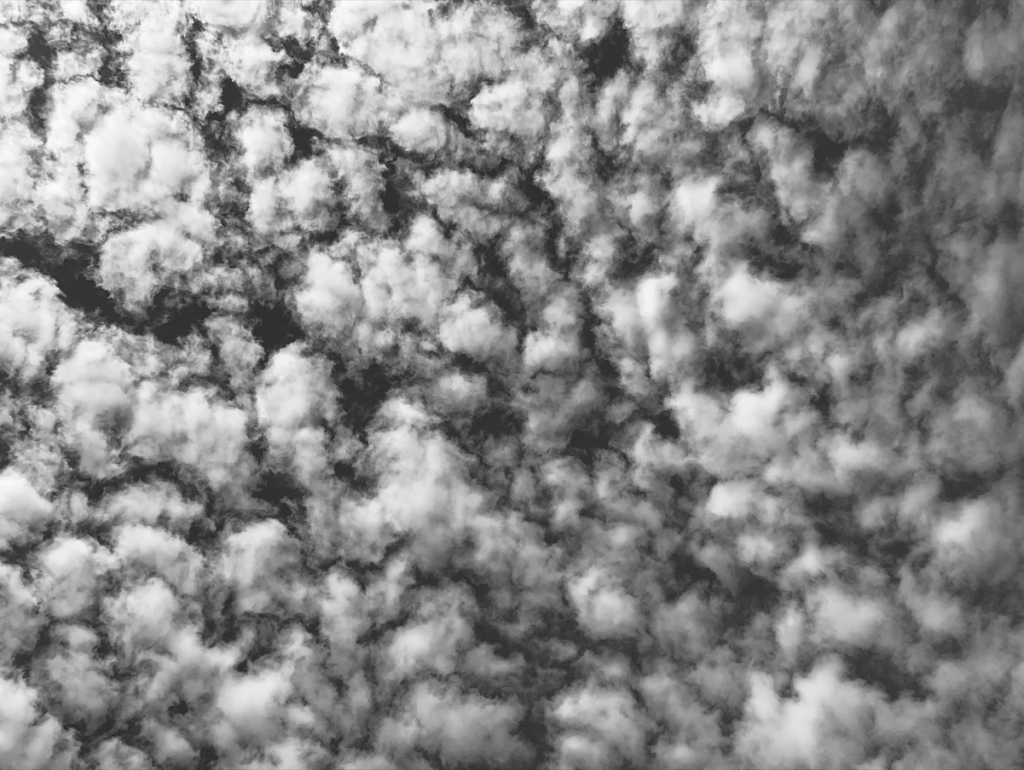 For Thanksgiving break, I went back to San Francisco to visit my family for the week off. One day, we decided to introduce my cousin’s new boyfriend to life in San Francisco, because he is from Texas. Unfortunately, Karl the fog was not around for the whole week, as is sometimes typical during this time of year. However, there was a nice form of cirrocumulus or altocumulus that was around for most of the day, November 25. I took this picture looking directly upwards at 1:14pm from Huntington Park, which happened to be 1 block from the Weather Underground Nob Hill Station. This allowed me to collect data during this time: 64 degrees F, with a dew point of 40F, 41% humidity, 9mph WNW wind, and 30.27 inHg pressure. The high of the day was 69F, and the low was 42. Throughout the day these types of clouds were present. They are formed of many small ice-crystal clouds at high altitudes (5-12km). It is also possible that these clouds are altocumulus, which occur during the same conditions but at altitudes between 2 and 6.1 km.

Additionally, Dr. Hertzberg found that UWyo does have a weather station that can produce Skew-T diagrams in Oakland, which is a few miles east across the bay. The time was 00Z, which is 4pm Pacific time, about 3 hours after the time of the picture. With a CAPE value of 0.00, the weather was as stable as it gets. Additionally, the curves nearly touch at 5820m and about 11500m, meaning that the clouds could have been either cirro or altocumulus.

I chose a more dramatic approach to the image editing. I took the picture with my iPhone XS, and I edited the image with darktable, adjusting the rgb curve, contrast, brightness, saturation (removed all), green-magenta contrast (removed all), blue-yellow contrast, and velvia. These manipulations were done to bring detail to the clouds that was somewhat lost when I removed the saturation to give the image a black and white appearance. I also rotated the image into landscape, which doesn’t mean much because the image was originally taken looking directly upwards.