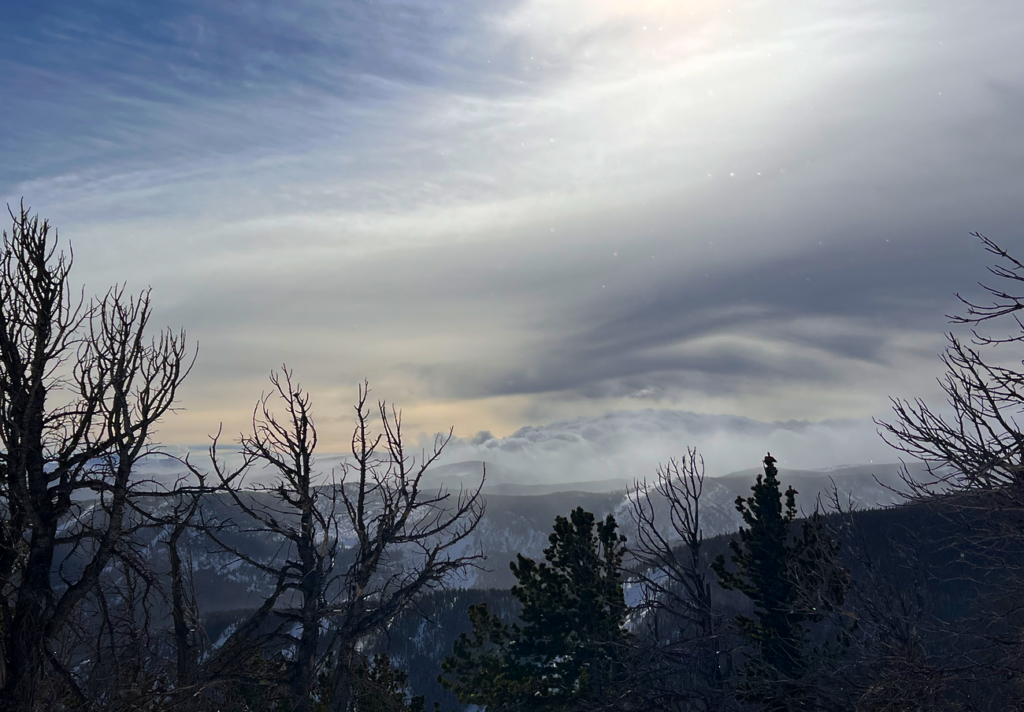 I took this image while backcountry ski touring near Eldora, CO on November 27th at 1:45 PM. In the image I’m facing southwest and capturing the incoming storm or post-storm clouds, which were accompanied by strong winds and blown snow. I believe that the fluffy clouds seen in the bottom half of the image coming up over the distant mountains are a Foehn cloud wall. Above that, the rippled yet uniform cloud in the top half and top right section of the image is an altocumulus lenticularis mountain wave cloud formation that is moving this way because of high winds. Finally, in the top left of the image I believe that the formation may be cirrostratus undulatus because of how thin the dispersion of clouds is and the high winds during the image. The sounding data for Grand Junction at 6PM MST is shown below.

This sounding data indicates that there should be clouds expected at about 2500m-3000m, which could be indicative of the Foehn cloud wall formation, and then again from about 4500m-5500m, which could be indicative of the altocumulus lenticularis mountain wave formation. Additionally the strong eastward winds that are seen driving cloud movement in the image are shown in the skew-t diagram from about 3000m all the way up to the top of the measured altitude.