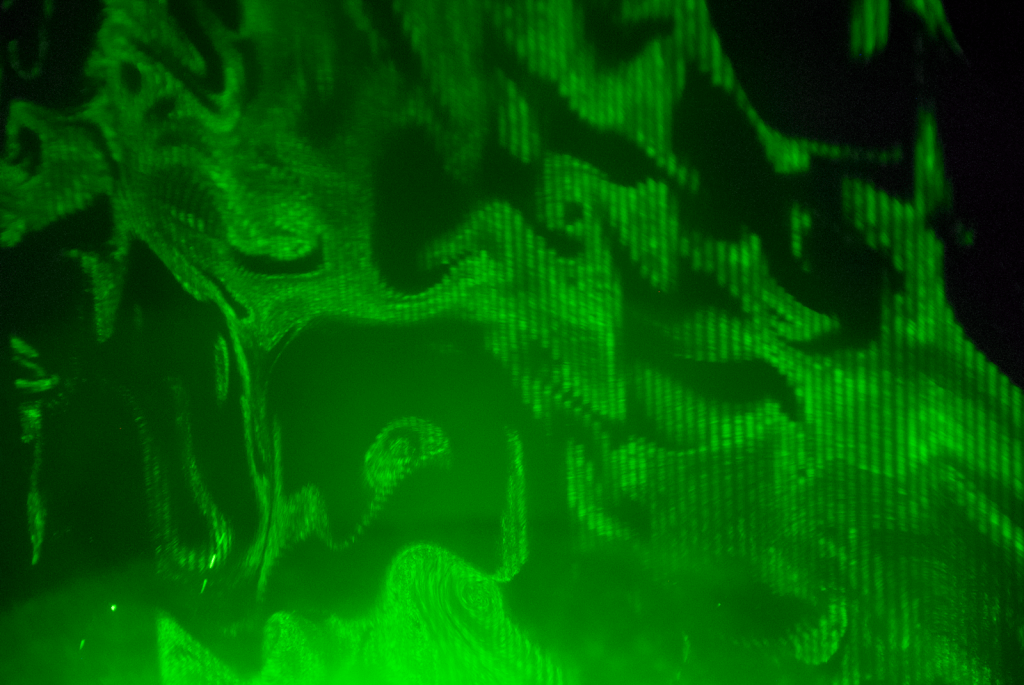 To create this image I used a laser sheet, made of a laser pointer and a special optic, to show the steam coming off of boiling water. The water has reached its boiling temperature, and the water boils into water vapor. The gas is at a high pressure and diffuses into the low pressure areas, this creates a chaotic and beautiful flow.

So I did another experiment today, but I changed cameras. This time I’m using a Nikon D3000 with an 85 mm lens, this made it easier to get a much closer shot. There was minimal cropping so the focus is much better this time around.

The flow shows a turbulent wake, this is a cloud of steam rising out of a pan that is boiling water. Instead of using a laser sheet this time, I just changed the shutter speed to 1.3 seconds and moved the laser along the pan so that it would capture light from the whole flow profile. This created the same laser sheet effect without any optics. This was a lot easier to do actually because I just setup my camera with a tripod, hit the capture button then moved the laser. There were a couple cool images. Also, I used a green laser this time because it is easier to see, also it’s more powerful than my purple one!