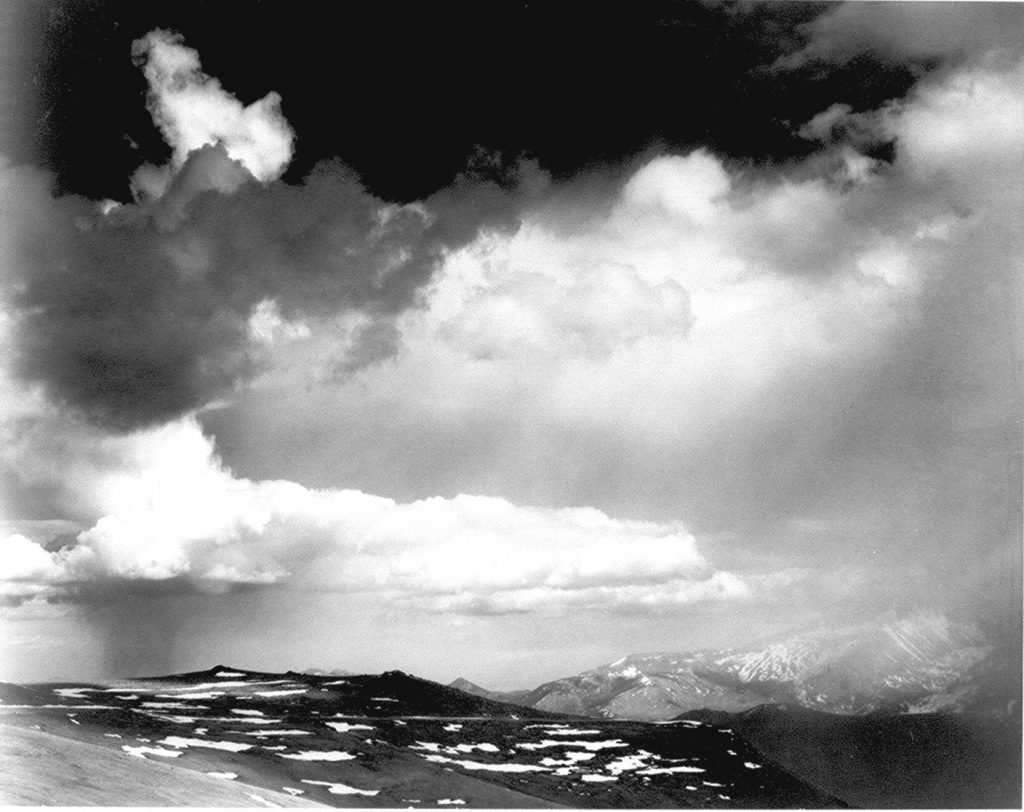 Taken by Ansel Adams in Rocky Mountain National Park, Colorado. Most prevalent in this image is what appear to be mountain wave clouds (on the left of the image), toward the leeward side of a range of peaks. These are formed as a system passes over the peaks, allowing air to sink and compress, condensing water vapor to form clouds. Also evident towards the right side of the image is what appears to be precipitation.