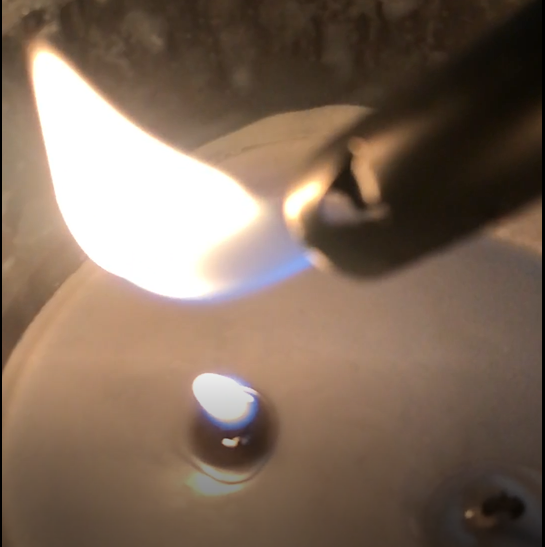 The video used for this assignment depicts the phenomena of reigniting a candle via its smoke when blown out. This can happen when a lit candle in blown out, then a lighter is quickly brought to the smoke coming from the wick. The reason this can happen is because when the candle is lit, the flame/wick is burning up wax to produce the flame. When it is blown out, unburned wax is carried into the air with the smoke. This wax can be ignited and travel down the stream of smoke to reignite the wick itself. When making this video, just a candle and a long lighter was needed.