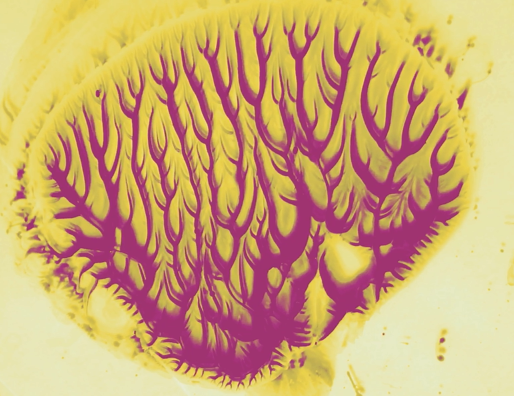 The video used for this assignment depicts the phenomena of surface tension and viscosity. Using ferrofluid and two glass planes, interesting patterns were able to be created. Although the ferrofluid was not particularly necessary for the experiment, since no magnets were used, its dark color helped create a strong a strong contrast to easily visualize what was happening. This visually appealing effect was created by placing a glass plane down, pouring a small amount of ferrofluid on it, then placing a second glass plane down on top of that. Separating the glass planes from one side, creating an uneven gap, resulted in a repeatable and appealing pattern. The pattern created was for the most part repeatable as long as the glass was removed in the same way. For example, you can lift the top glass plane straight up, starting from one side, from a corner, etc.