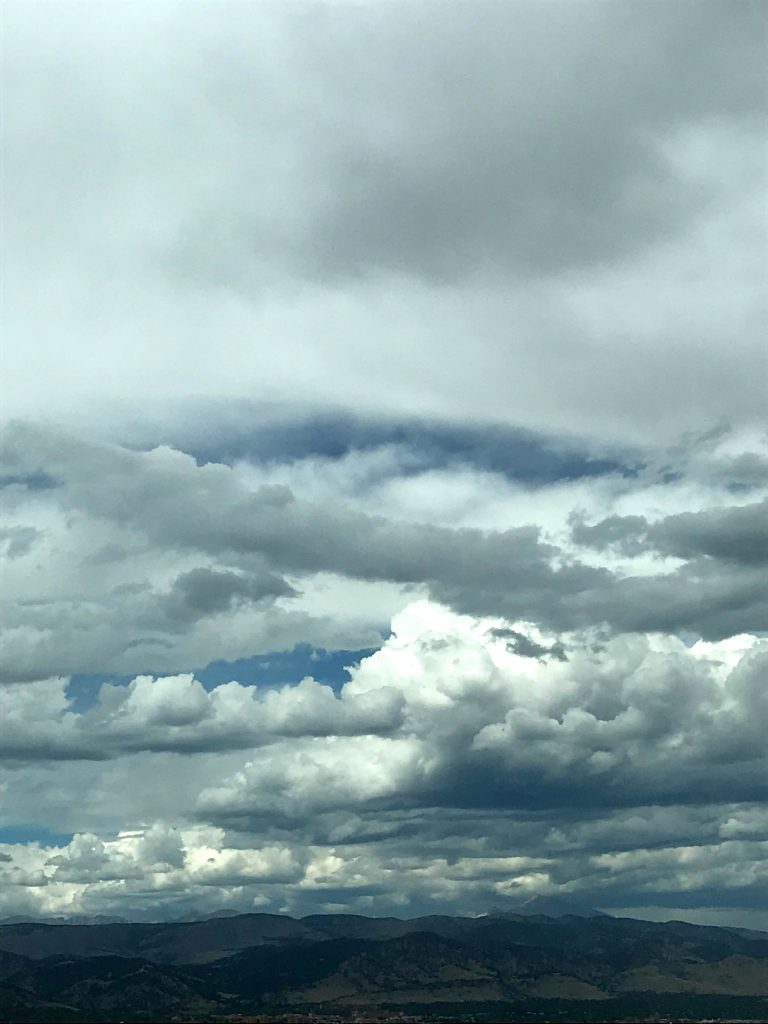 This picture was taken in downtown boulder on Pearl street.  It was taken on September 1st at 7:41pm.  I was facing west and pointing my phone camera at about an angle of 45 degrees from horizontal.