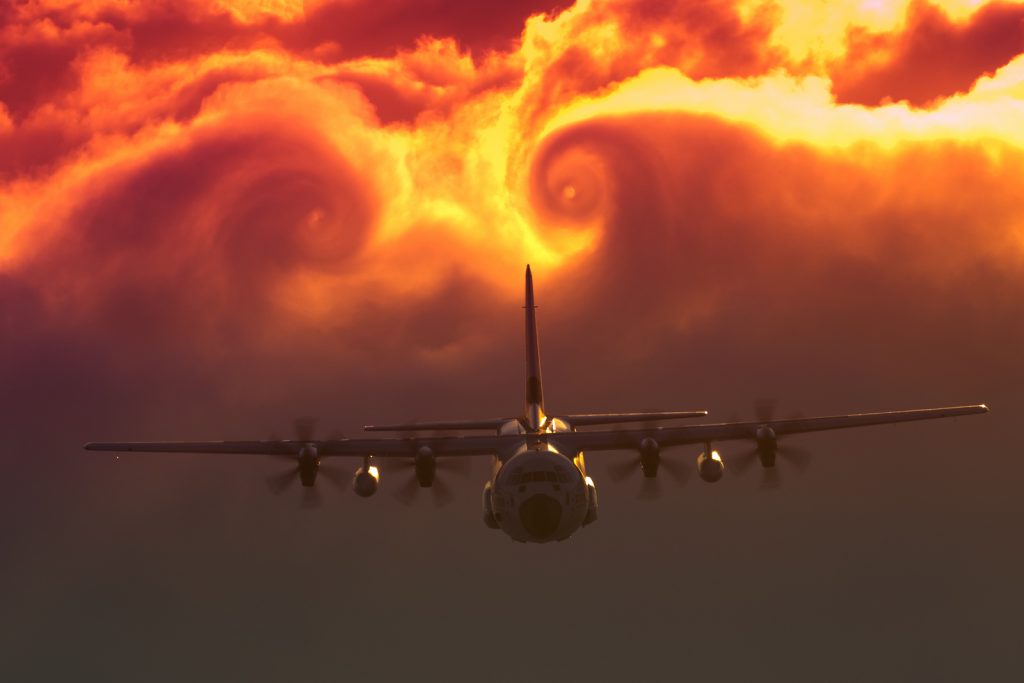 In the image above a Coast Guard C-130J aircraft is photographed ahead of clouds at sunset in which it has formed symmetrical vortices. I enjoy this image for both its incredible aesthetic of the movement of flight and the powerful fluid dynamic forces behind it. These vortices are formed by a phenomenon called wake turbulence which occurs on an aircraft when its wings produce lift. [1] The differential in the high pressure below the aircraft wing and the low pressure field above the wing cause air to swirl outwards and behind the aircraft. As the air is pushed outward it forms two vortices at the wingtips that rotate in opposite directions. These vortices air spread out latterly and downward from a wake behind the aircraft. [1] These vortices of air can remain for miles behind an aircraft which can create beautiful swirls in cloud structure like the image above. [2] Wave turbulence does not just create incredible cloud formations but can also be incredibly dangerous. When this wave turbulence is not taken into account it can lead to airplane to crash when landing and taking off. [1] [2] Image Courtesy of United States Coast Guard, Air Station Elizabeth City, North Carolina