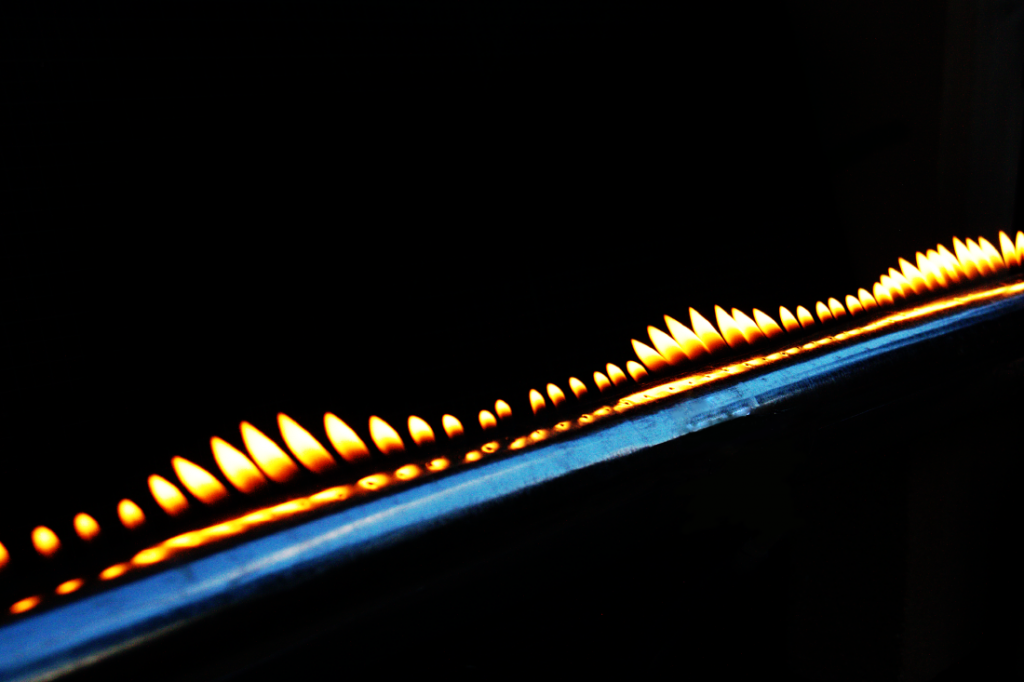 This is an image of combustion taking place outside of a Ruben’s Tube (or Standing Wave Flame Tube) with a C note playing through the tube. At certain frequencies, a standing wave can form within the tube, and create ares of high and low pressure, demonstrated visually by the peaks and troughs seen in the photo above.

The Ruben’s tube originally came about as a early physics demonstration and experiment. This is because it demonstrates the effects of pressure driven flow and the behavior of sound as a wave. The background physics, however, is fairly complicated because the time averaged pressure is equal throughout the tube, but the peaks and troughs don’t move, and don’t have obvious time dependence when a single note (frequency) is being played.

The report is available here: