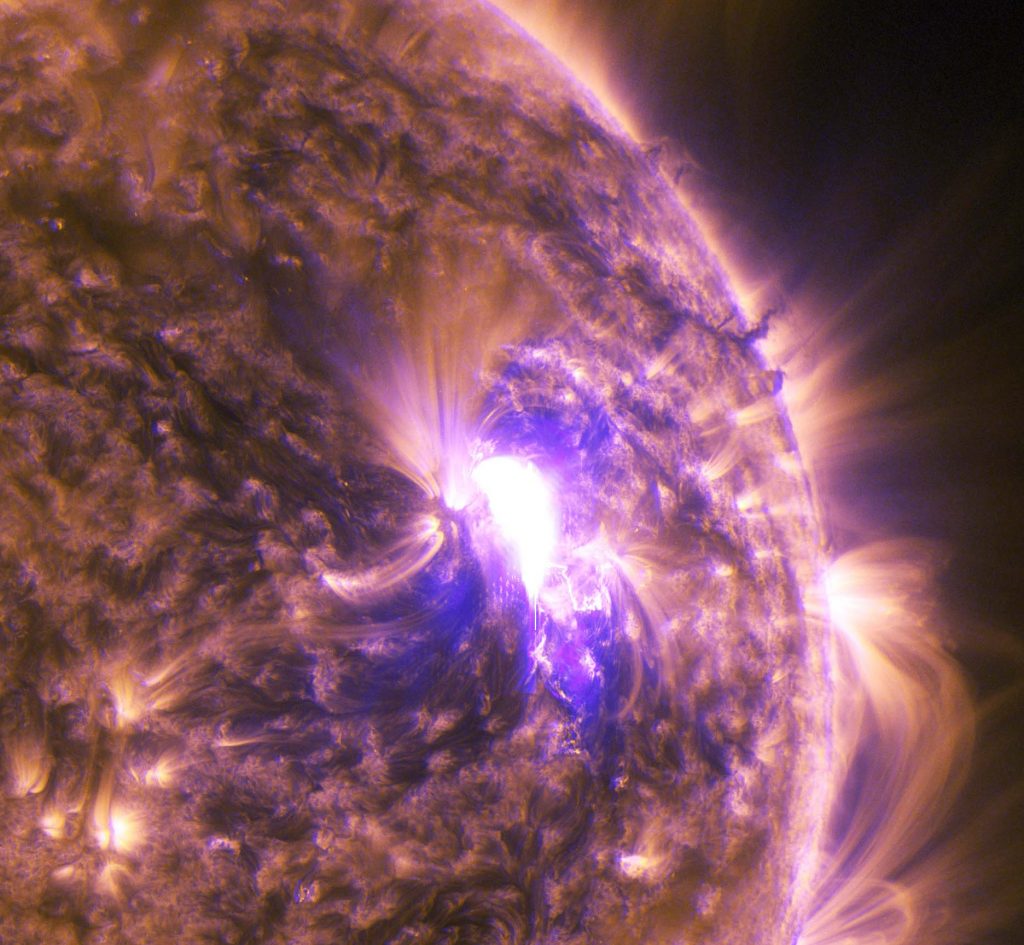 This photo was captured by NASA’s Solar Dynamics Observatory which shows the sun emitting a mid-level solar flare shown in the center of the photo. Along with the solar flare the image captures multiple solar prominence extending outward from the sun’s surface. This photo is very captivating because of the contrast between the darkness of the sunspots and the light emitted by the solar flare and the solar prominence. When focusing on the solar prominence in greater detail, these prominence are seen as “light” flowing in a “arched” pathway from one spot of the sun to another. This “light” is really plasma that flows along a tangled and twisted structure of magnetic fields generated by the sun. This is the reason why these prominence extend outwards and come back to the sun’s surface creating these captivating flow patterns.