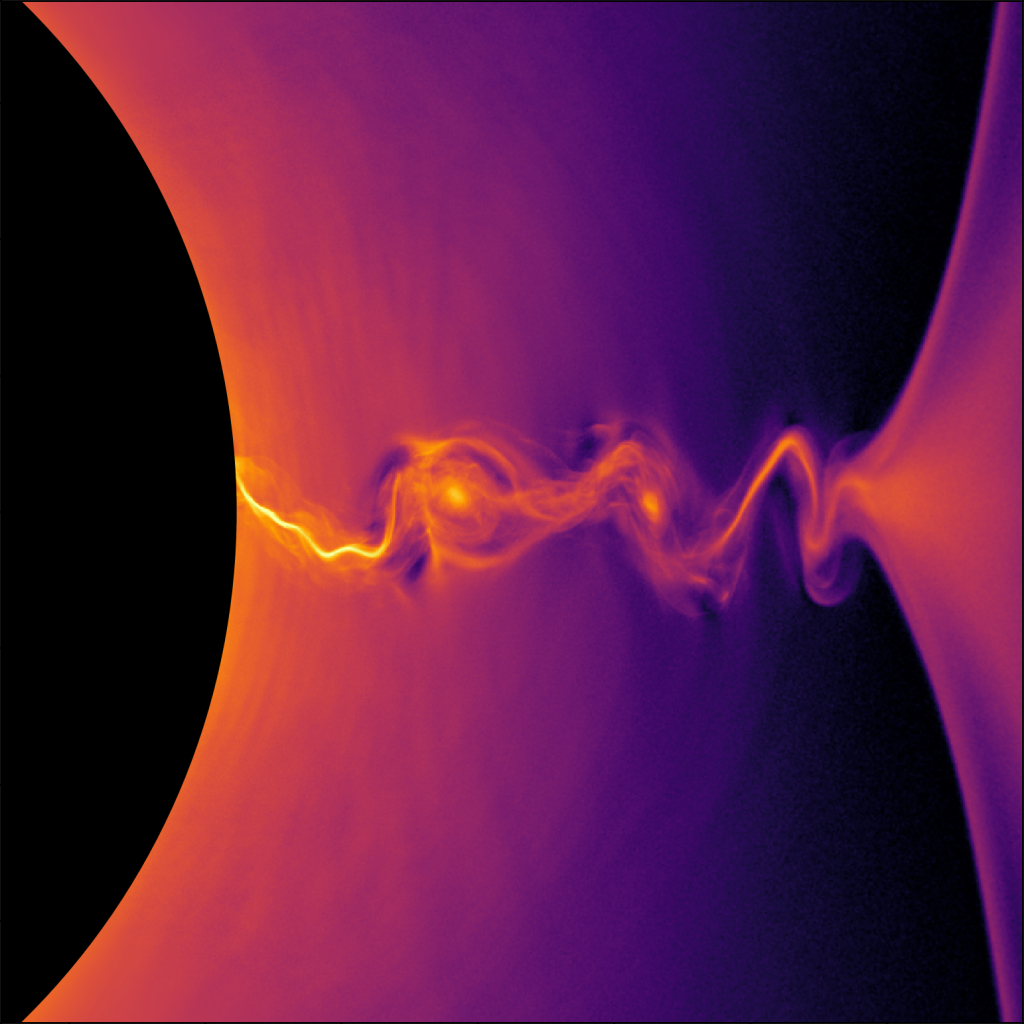 This image simulating a subatomic atom escaping a black hole is particularly intriguing for many reasons. One of which being the theoretical situation that nothing should be able to escape a black hole, and how if anything were to ever escape this is a visual representation of how it would look. The  aesthetics of this image are also something to be fascinated by, considering the sharp contrast between dark and light where the atom is exploding out of the black hole creating a bright light stream which slowly fades along the horizon. Scientifically, the jet of light we see being propelled from the black hole is known as a relativistic jet which is an extremely powerful stream of particles thrusted by the black hole’s gravitational force, so powerful it is actually emitting light. The flow of the current is visually pleasing in contrast with the parabolic solid dark hole making the science of the plasma visually and mentally compelling. The supercomputer simulated image beautifully portrays theory of rotating black holes in a realistic and artistic way.