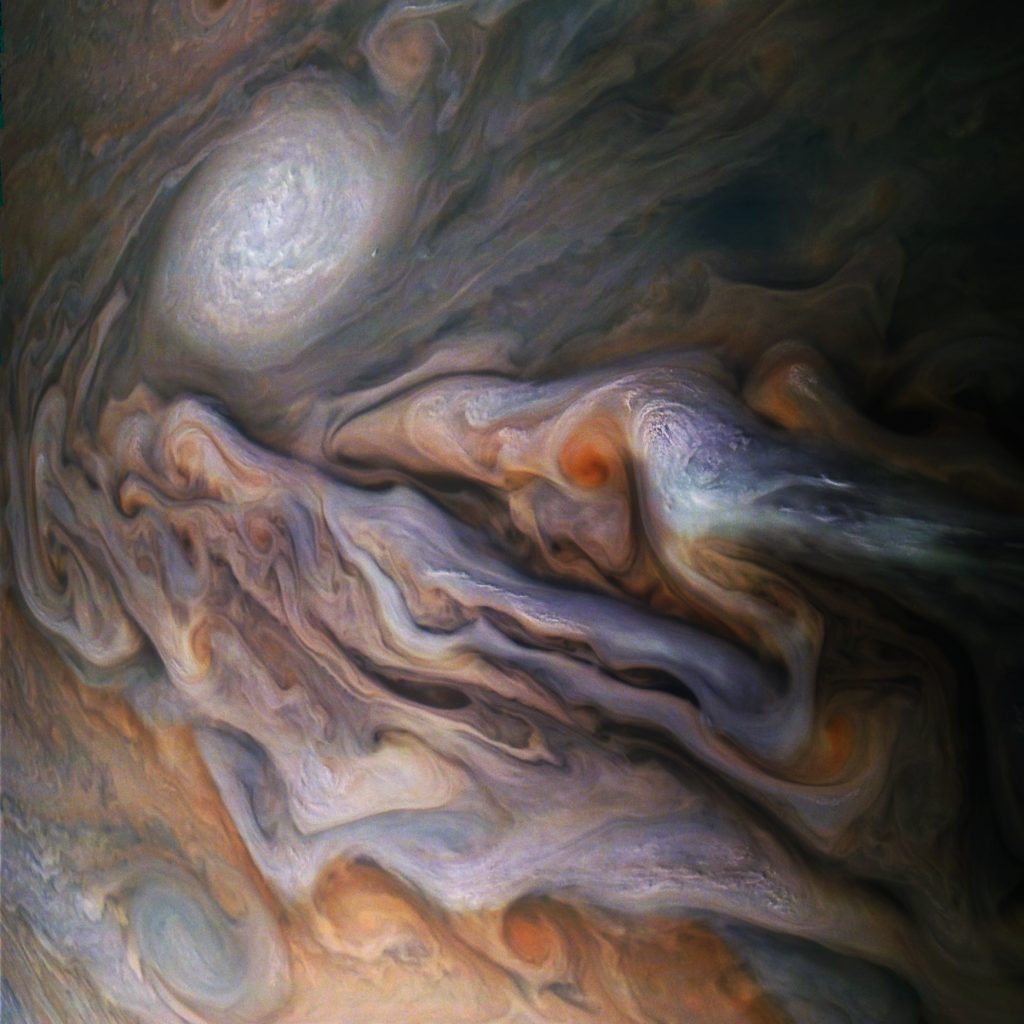 This image of Jupiter, taken by NASA’s Juno spacecraft on October 29th, 2018, displays the North North Temperate Belt (located north of the North Temperate Belt) and a large white oval anticyclonic storm. This image was created via data from the JunoCam by Gerald Eichstädt and Seán Doran, and color-enhanced to emphasize the contrast and dynamics of the atmosphere. The swirling masses exhibit the interaction between the varying chemicals, temperatures, and cloud elevations within the counter-rotating bands of Jupiter, and the resulting chaotic cyclonic and anticyclonic cloud behavior around low and high pressure nodes respectively. Not only does this image supplement the ongoing journey to create a fundamental scientific understanding of the creation and behavior of Jupiter and other gas giants, it is undeniably beautiful. The colorful compounds are reminiscent of the diffusion of paint water or coffee creamer, offering an interesting artistic perspective of small-scale and large scale fluid dynamics.