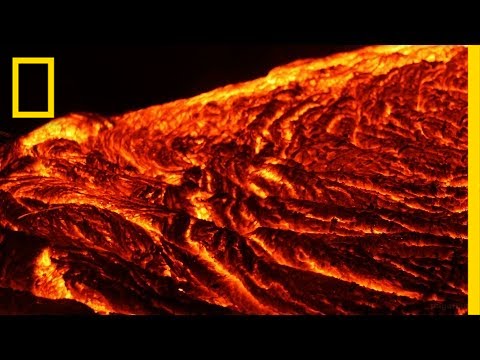 This short film by Lance Page illustrates the lava flow patterns of the erupting Kilauea volcano in Hawaii; it is fascinating to watch. From an artistic perspective, the time lapses are incredibly well-composed. The film documents daytime flow and nighttime flow, giving the viewer multiple perspectives on this dynamic natural occurrence. The daytime shots expose the powerful destructive capabilities of the lava flow and the path it takes, while the nighttime images utilize the glow of the lava to create a striking picture. These pictures reveal fascinating scientific fluid behaviors. For example, the extreme heat of the lava makes its flow patterns interesting with regards to other objects in its path. Overall, the remarkable time lapses make this short film beautiful and scientifically valuable.