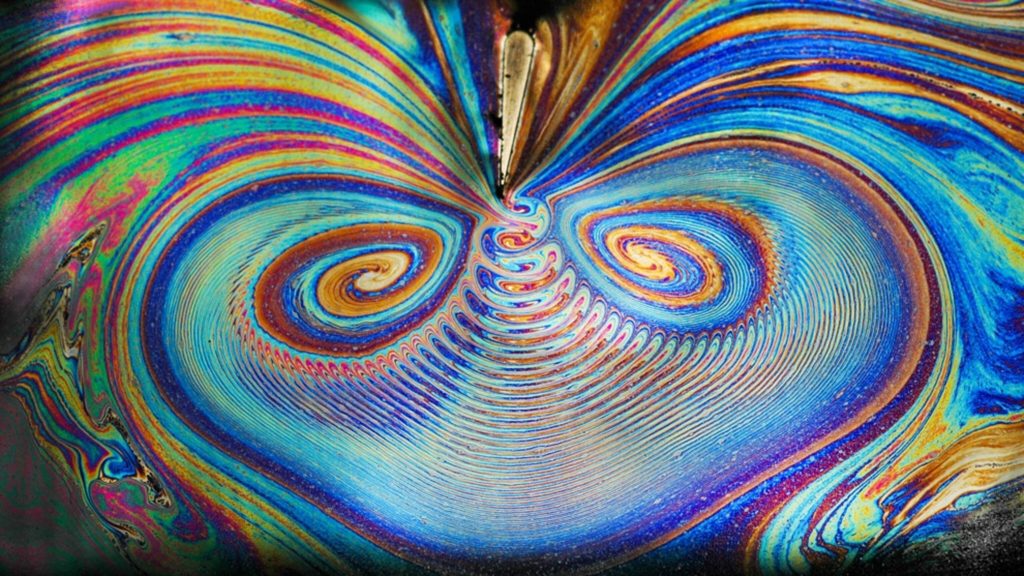 Teis Schnipper takes a Japanese fan that flutters in a fluid with soap to create two vortices opposite from one another. I admire this picture because of the vivid colors it mixes and creates with just soap and possibly non-Newtonian effects at play. The flow coming from the vortices also create what can be thought of as “butterfly wings” which is interesting because it is made up of the flow around 80 oscillation periods back. The soap and vortices also appear to be travelling away from the fan seen by waves dissipating and getting smaller the further away they go from the tip. This is fascinating because the colors become less clear the further away it is pushed by the fan.