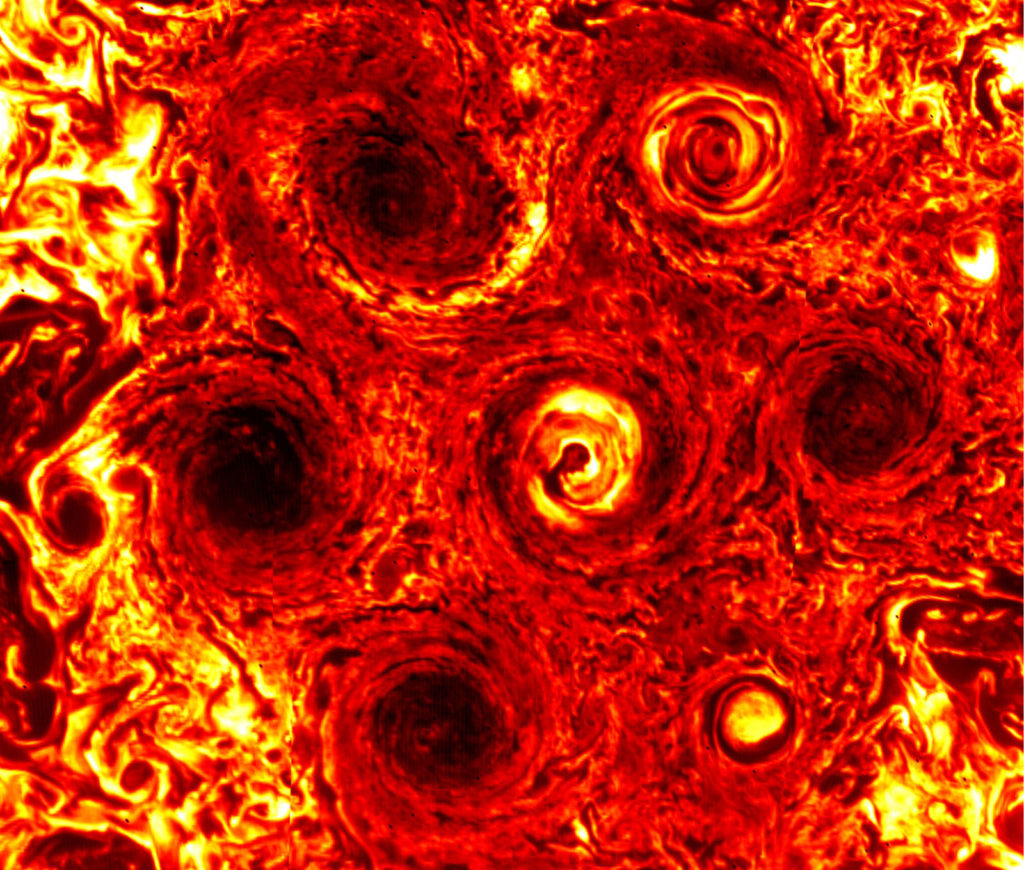 This image was taken from the Juno spacecraft on its 22nd flyby in 2019. This infrared image of Jupiter’s south pole which was discovered to have cyclones. This image also gives a great visualization of the flow around and within these massive vortices (The center cyclone is the approximate size of the United States). This also shows the artistic expressions of nature through the clear formation of a hexagon at the pole. There is a mathematical beauty to these formations, as they follow the path of least resistance when forming the overall shape at the pole. When forming, these cyclones are either rejected and consumed by the preexisting cyclones if they are too weak, or they force their way in and create a new geometric shape. Previously, the south pole of Jupiter contained six cyclones arranged in the shape of a pentagon, and it is uncertain whether or not the new cyclone in the bottom right will sustain itself or be dissipated by its neighbors.