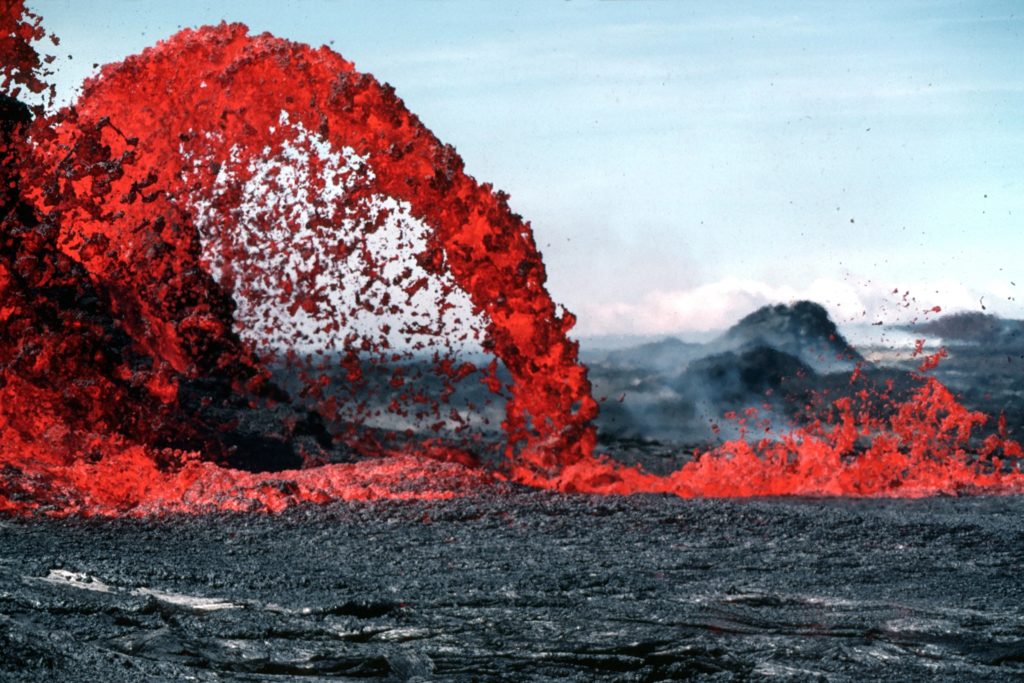 The picture of Pahoehoe arching fountain was taken in Hawaii on the 1st of May 2008. The picture shows an aggressive eruption about 10 m high which resulted eventually in lava flow. Both the volcano eruption and the lava flow are turbulent flows, which means that their Reynolds number are higher than 3500. I like that the picture was taken using fast shutter speed which is why the volcano eruption appear to be freezing while it is in motion. Moreover, I love this picture because the timing at which it was taken is great because it depicts the flow as extremely turbulent at the top-left of the picture and it becomes less turbulent as it falls downward. Overall, I think that this photo is a fabulous piece of art, and it would be even more interesting if it was taken using long exposure to capture the motion of the lava flow.