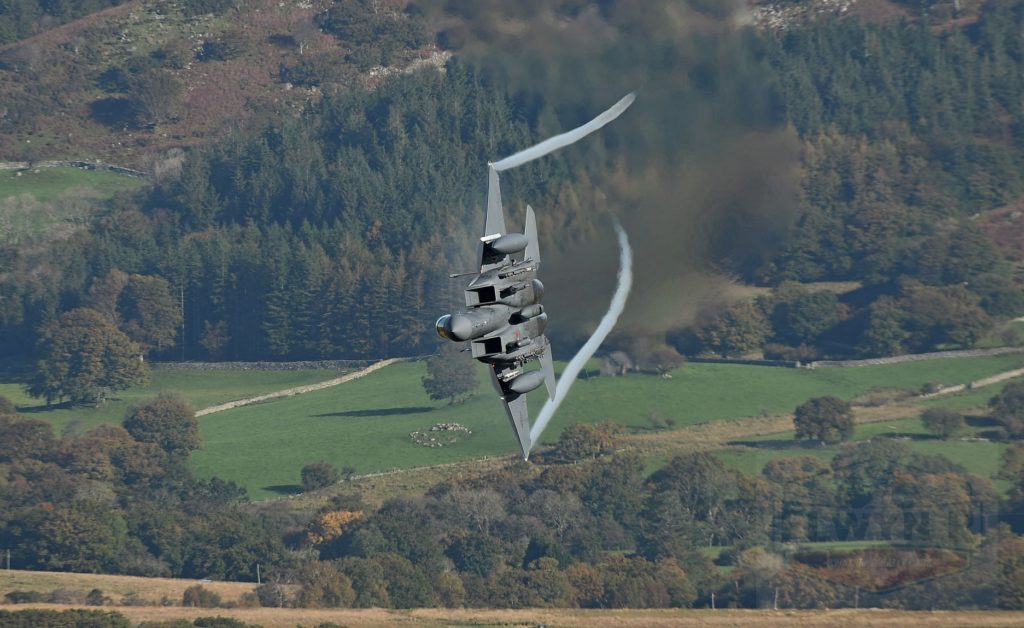 This photo shows an F15C Eagle entering the Mach Loop in Wales in a high banked turn, which is producing visible wing tip vortices. An airfoil produces lift from a pressure difference over the wing, faster air flows over the top producing lower pressure while slower air travels across the bottom producing a higher pressure. Wing tip vortices occur when the higher pressure air from the bottom of the wing curls up over the edge due to the forces from the pressure difference. While in cruise these vortices aren’t visible but if the pressure difference is high enough, meaning the airfoil is producing more lift, humidity in the air condenses allowing us to visualize it. The vortices are best visualized during high G turns where the angle of attack on the wings is very high. While the wing vortices are more pronounced, condensation can be seen across the entire wing due to the low pressure. The Mach Loop is one of the few places on Earth that pictures like the one above can be taken, and aerodynamics on a fighter jet can be explored.