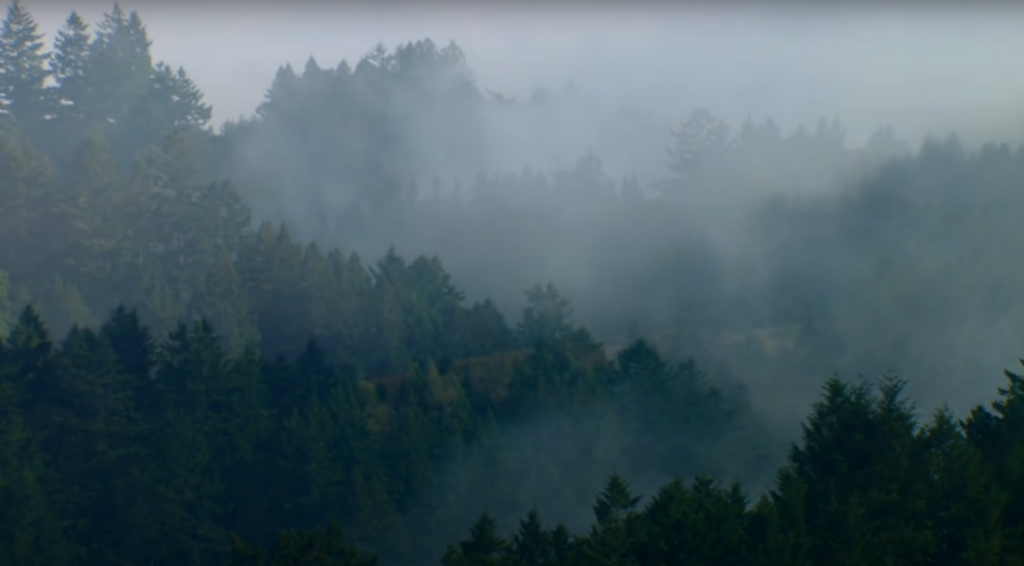 Who is Karl? Better: what is Karl? Karl is the famous fog in San Francisco and it’s surrounding area, given the whimsical name because the thick maritime fog often will hide the sun for days. There is even a Twitter account just for Karl! For four years, my daily commute took me over the Golden Gate Bridge and back: in the morning through the fog, and in the afternoon either in the sun or again through Karl. The fog is year round, usually low hanging, and sometimes “burns off” towards the afternoon, revealing clear skies above. I was never familiar with the science behind Karl, and often attributed it’s qualities to the warmer temperature of the bay water. But, as it turns out, it is quite a bit more complicated, and involves the temperatures of the Central Valley. Because it takes about an hour to drive to the central valley, I wouldn’t have guessed that those temperatures would tease Karl into coming out. In this YouTube video, KQED interviews UC Berkeley Professor of Integrative Biology Todd Dawson to show his thoughts about and modern threats to Karl.

The fog comes from the Pacific Ocean and moves east, typically during the summer, to blanket the SF area. Broadly, the mountainous terrain surrounding the bay and interface between the massive Central Valley and Pacific Ocean allow the air to reach the dew point, or the point where condensation begins. There are two types of fog in the Bay Area, advection and radiation. The advection fog is what we think of when we talk about Karl, because it is coastal and “flows” – particularly interesting for flow visualization. Advection fog is usually in the summer, and radiation fog in the winter. The advection fog comes from humid air flowing over the cold Pacific ocean, and moves eastward due to lower pressures from the heat rising in the Central Valley. Radiation fog, on the other hand, comes from when the cold ground in winter reacts with the warmer air, which rises at night, moving the air past the dew point. Radiation fog is usually inland, for example in the Central Valley, and while it can also be super dense, does not have the flowing characteristics of coastal advection fog.

The Bay Area is known to have an amazing amount of microclimates. One small valley might have completely different weather than another just a five minute drive away. After learning about the difference between advection and radiation fog, I can now piece together why exactly my commute changed season to season, and why Karl’s cousin, radiation fog, isn’t exactly the same thing and lives under different conditions. The valley where I grew up was shielded from the coastal advection fog by a large mountain, and in turn experienced radiation fog, similar to that in the Central Valley, on some days in the winter.

Due to climate change, Karl is under threat, and has receded by one third over the last sixty years. Personally, I love Karl, but it’s not just me: the entire coastline’s biological ecosystem is reliant on Karl too. Redwood trees, for example, have evolved to be able to wick the moisture out of the air to water themselves, and other plant and animal species are also dependent on the bit of water that Karl brings during the summer.