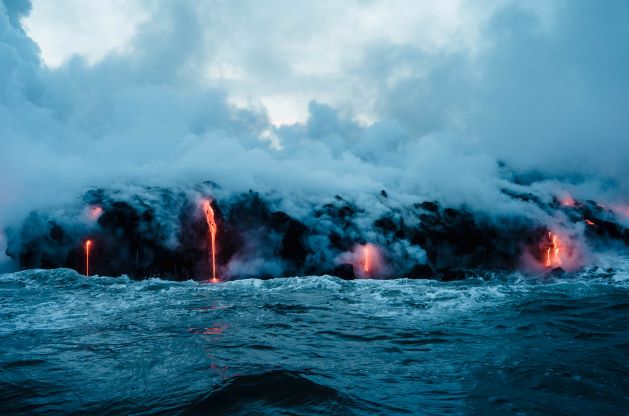 This image was taken in 2016 by Buzz Andersen in Kalapana, United States, when the photographer took a lava boat tour around the island. This image demonstrates several beautiful and unique aspects of fluids. The ocean and lava are beautiful and fascinating on their own, but the mixture of the two is not only stunning, but causes interesting phenomena as well. It is no secret that lava is extremely hot, around 1700 degrees celsius hot, and when this superheated substance hits the cool ocean, the water will boil and steam will rise up. In addition, the mixture of the two can create a toxic gas called lava haze and can even cause explosions to occur.