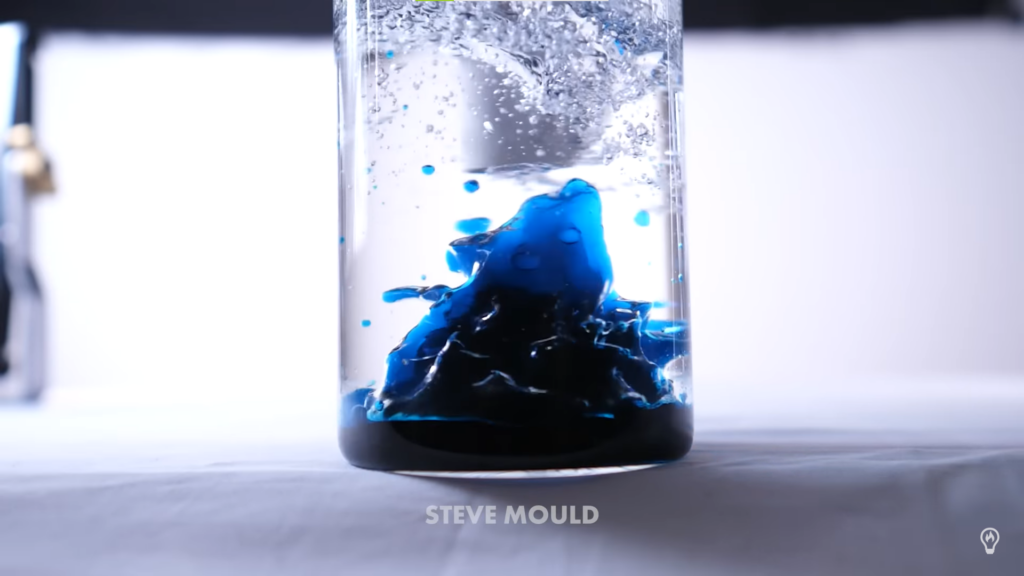 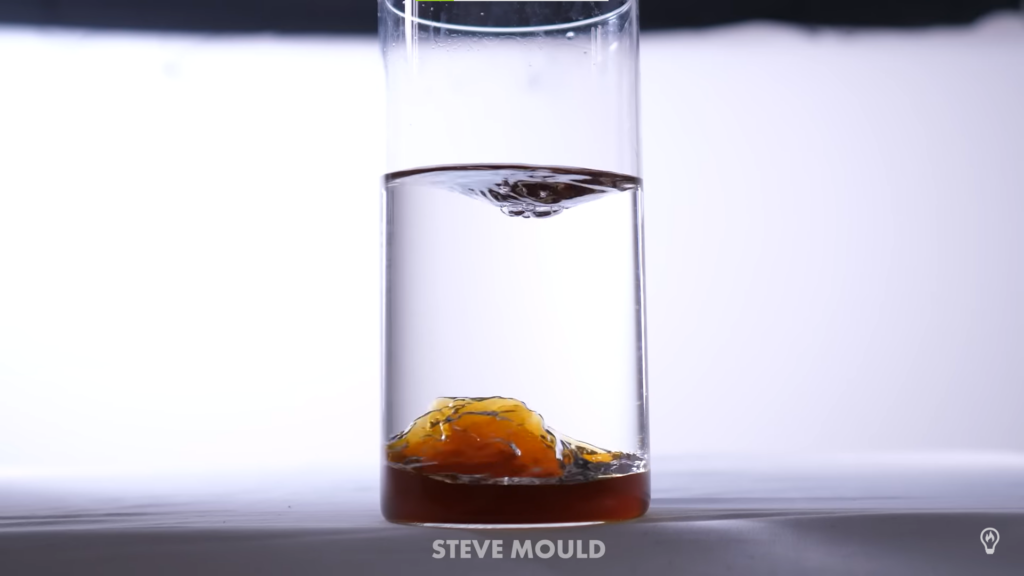 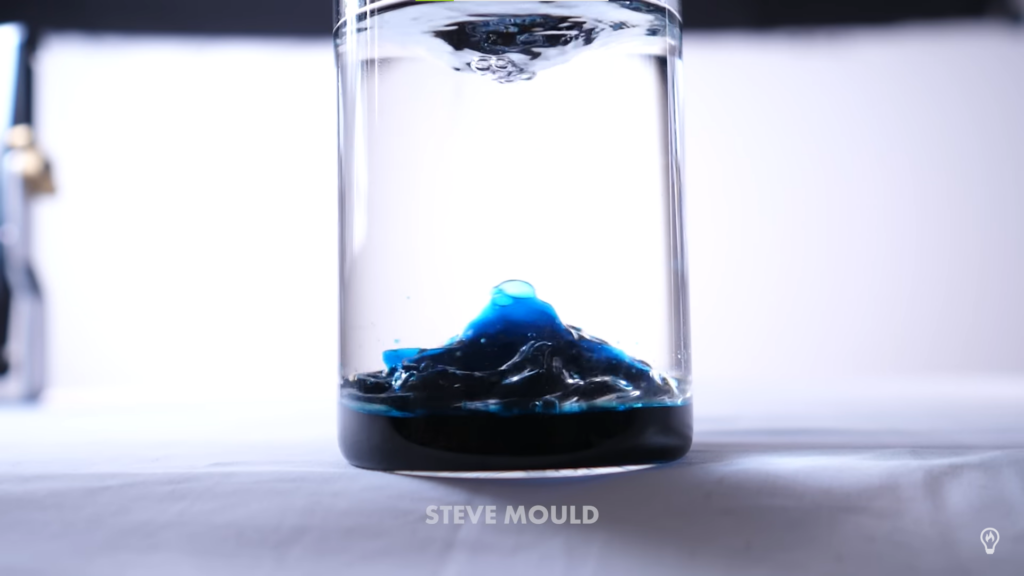 In this aesthetically-and-fluid-dynamically pleasing work, Steve Mould explains and experiments with the tea leaf effect, a phenomenon that he calls it the inverted whirlpool effect. It occurs when a mixture of a considerably denser material placed under a lighter fluid is stirred. The denser material being the tea leaves, or a denser fluid in Steve’s video, swirls inward while moving on a general circular trace. That is quite paradoxical because we would intuitively expect the opposite by the centrifugal forces. However, due to the pressure difference (generated by the depth of the top fluid – primary flow – at the center versus the edge,) the boundary layer effects vary radially in such way that the denser fluid stirs – secondary flow – in a spiral trace approaching the center.

Here, Steve uses white/mineral spirits (Short chain hydrocarbons that are hydrophobic do not mix with water,) as the light fluid and water as the dense one. I love the game of various colors with good lighting, and the evolution of the fluids flow both on top and the bottom throughout the stirring snippets. This phenomenon captured my eyes, not only because of the nice visualizations or that Steve had helpful auditory/visual clarifications, but also because it talks about something that I drink every day, Tea! Naturally, after years and years of stirring tea leaf and honey in my tea, I had not noticed the irony. But I was so excited to pause, question and then learn about what I previously deemed so trivial and obvious.