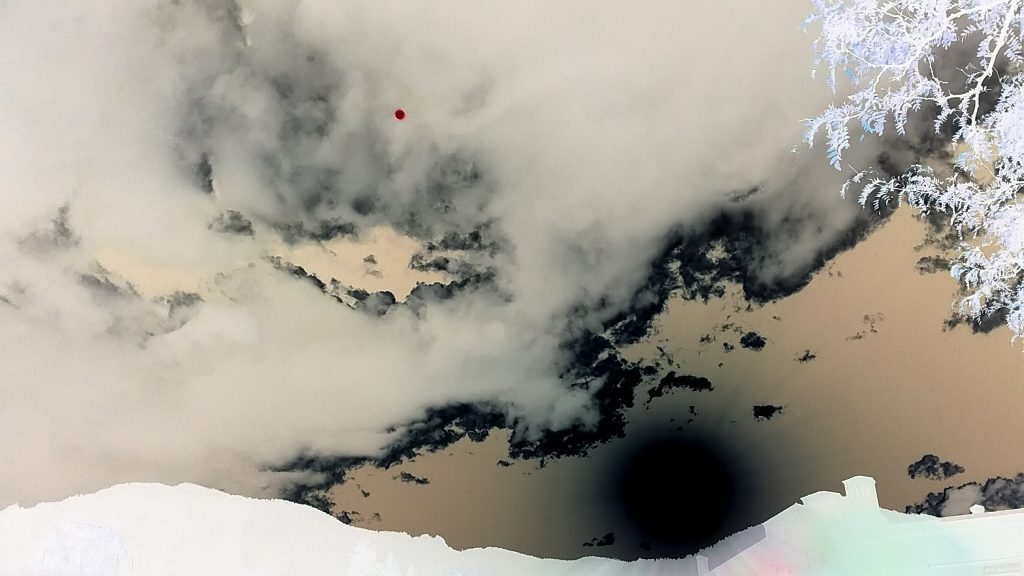 This particular photo was taken on October 5th at 5:32 PM outside of the UMC’s far-side entrance. The image was edited to have its negative be displayed to show the color contrast as the sun was setting. In Photoshop, the white borders of the mountains and buildings were cleaned to not show windows or outlying rock formations. These cumulus clouds were most likely on the verge of dissolving as they had originally started out as cumulonimbus until a large chunk separated and migrated West until it began to dissipate.

Previous Post
The umbrella instability blooms in this inverted image, as a dye stream emerges from a layer of oil into water.
Next Post
Clouds First – Joey Hall