A droplet of dyed milk into isopropyl alcohol creates a Worthington jet. 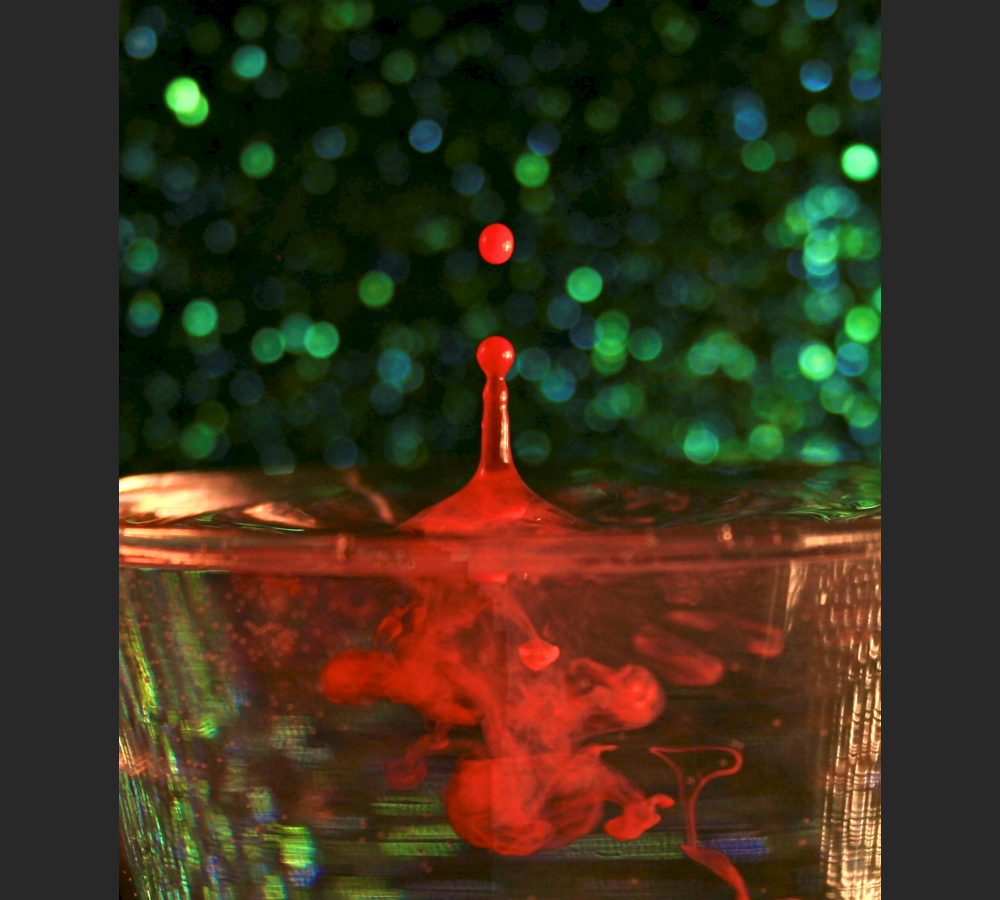 A droplet of dyed milk into isopropyl alcohol creates a Worthington jet.

By Liam Murphy for Spring 2014 Team Third.
Read the Report

Previous Post
Water thrown from a wet tennis ball forms spiral streams as each droplet starts out with the tangential velocity of the surface plus some radial velocity. Droplets that leave the same location on the sphere a bit later have rotated a bit further and start with a slightly rotated velocity vector, resulting in spiral streams.
Next Post
A spherical satellite droplet is formed following a droplet impact on water.