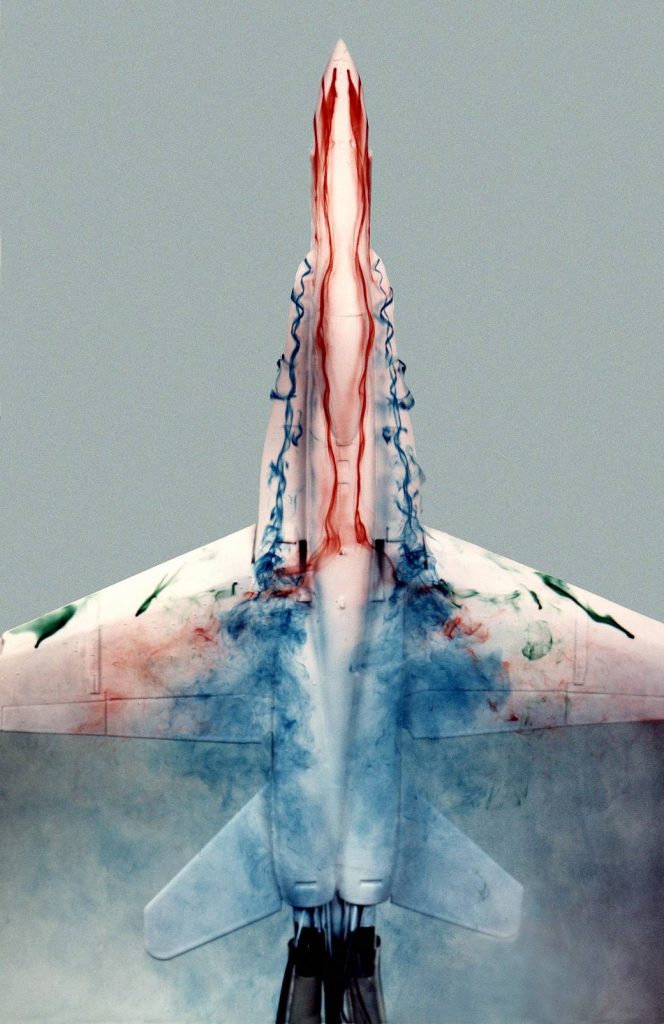 This image comes from the NASA Dryden Flow Visualization Facility, which is a water tunnel. Displayed is a 1/48 scale F/A-18, with dye being added so that we can see how the flow changes over the plane. This water tunnel was created to study strong vortexes of aircraft while at high angles of attack and make improvements of said aircraft to prevent them. This image is especially beautiful because the dye allows us to see the transition from laminar to turbulent flow in real life, not just in a computer simulation. Something to note is there isn’t a transition to turbulent flow until the flow hits the wing.

The article can be found here.