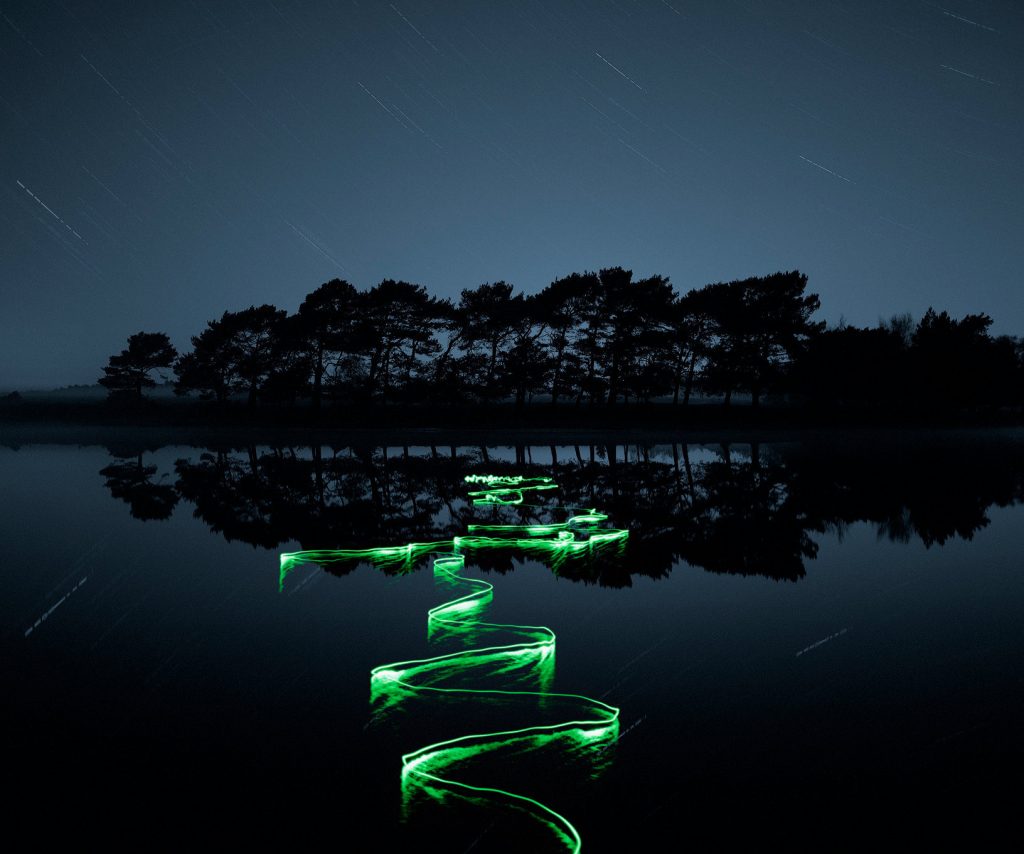 The image is from a collection called Light Waves and Dark Currents, demonstrating the complexity of nearly transparent surface currents. The photographer, Joel James Delvin, placed a submersible LED in the water to trace the direction of the current, choosing to photograph during the night since there was too much motion in the water during the day [1]. I think this image is mesmerizing in its contrast between light and dark colors. Surface currents can be created by wind direction, the Coriolis Effect, and the position of land-forms interacting with currents [2]. In addition, currents can be caused by density differences in water masses from thermal and salinity variations. Some or all of these factors working together allow the current to maintain its shape in a remarkable equilibrium. Nature is a generous source for blending the arts with sciences.