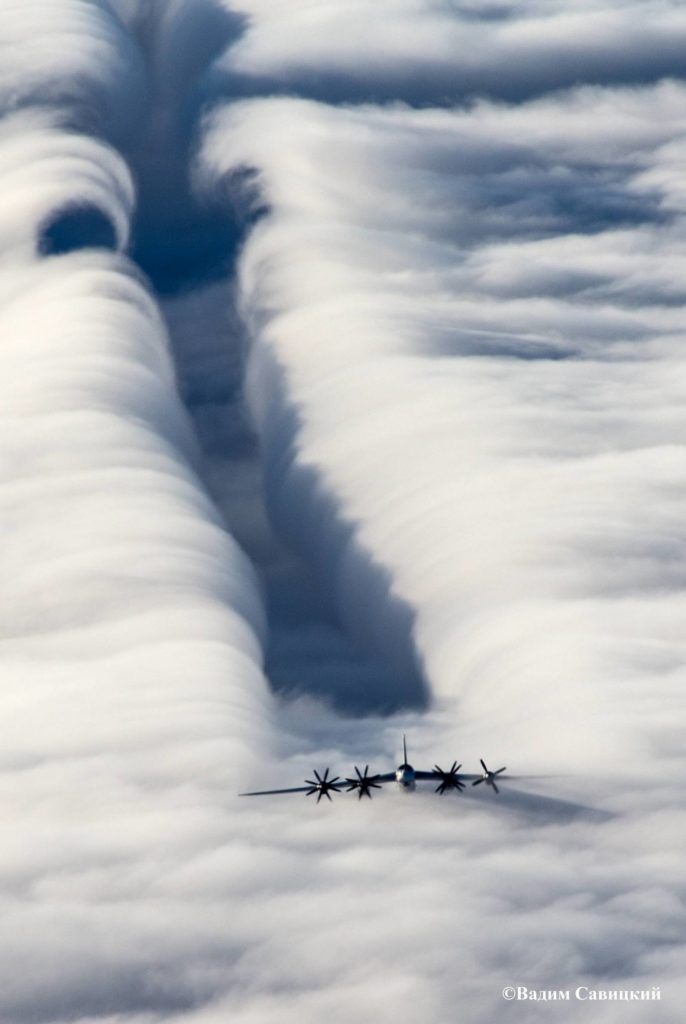 This photo offers a striking example of how the aerodynamic forces generated by an aircraft wing interact with the surrounding air. These forces depend on many factors such as aircraft weight, airspeed, and angle of attack. Anyone who loves aviation photography has probably seen countless photos of aerodynamic phenomenon from wingtips, engines, or trailing edge devices. This photo is unique in the aesthetic it captures. Here the clouds act as a marking agent and form what almost looks like a canyon or chasm torn through the middle of the sky in the wake of the mighty TU-95 strategic bomber. One could also see the resemblance to a waterfall, with the clouds cascading over the edge cut by the wings and falling into what looks like an endless void.