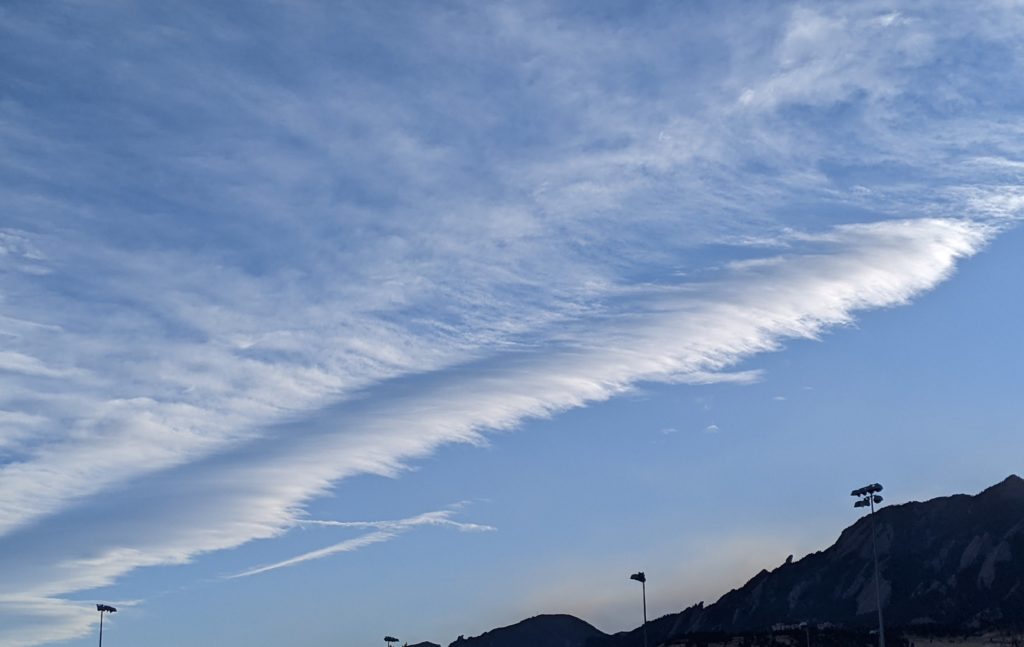 I took this photo on November 11th around 4 pm in Boulder. I remember that day I was on the Kittridge fields, and the wind was very strong.  I noticed this cloud formation coming off the flat irons and climbed up on top of a rooftop to capture this photo.  As I stayed on the field for the next hour this cloud did not move even though the wind was blowing.  From this, I predict that this cloud formation is due to an orographic effect from the flat irons.  I predict that these clouds are rotor clouds formed from the wind blowing over the mountains.  In the photograph, I notice a slight curvature to the wisps of clouds.  Also, this formation is orthogonal to the flatirons indicating that they were formed from orographic effects.  I predict that these clouds will not be shown on the Skew-T diagram because they are so local to Boulder and a diagram from Denver will not show these.  The Skew-T diagram for November 11th has a CAPE value of 0.00 indicating that the atmosphere was stable and that these clouds were formed by another factor.  The Skew-T diagram does show an area of potential cloud formation around 5.5 km up, but I think that that potential cloud formation altitude was creating other clouds.  I predict that these clouds are not much higher than the flat irons which reach about 2 km above sea level.