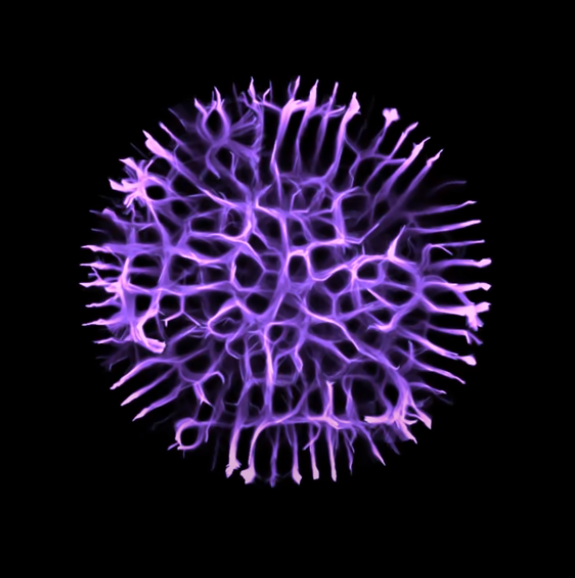 Sebastian Lague is youtuber whos content is focused on programming and game development. Exploring a wide variety of ideas throughout his video series, he focuses on slime-molds and ants in this particular video. The film itself takes a number of twists and turns, but it’s the end of the video that I am primarily focused on. After creating a model to solve the “traveling salesman” problem with the tactics of ants, Sebastian begins be defining “agents” in a development space on his computer. These agents are represented by individual points that light up a pixel on the screen. The agents move linearly at a set velocity, and bounce off the boundaries of the development space akin to an early 2000’s DVD screensaver. He writes these agents as a compute-shader in order run the computations in parallel on his graphics card rather than his CPU (which is exponentially faster). Sebastian then adds a fading “tail” to each of the agents, eventually giving each agent a weighted propensity to follow any tail it comes into contact with. With this simple set of rules, a seemingly absurd emergent behavior follows. There are plenty of examples I could have chosen that demonstrate physical instances of flow, but I am fascinated by the way that such a facile, linear model creates exceedingly organic, fluid-esque shapes. The way that “flow” emerges out of this video made it a clear choice in my mind upon the assignment of this task.