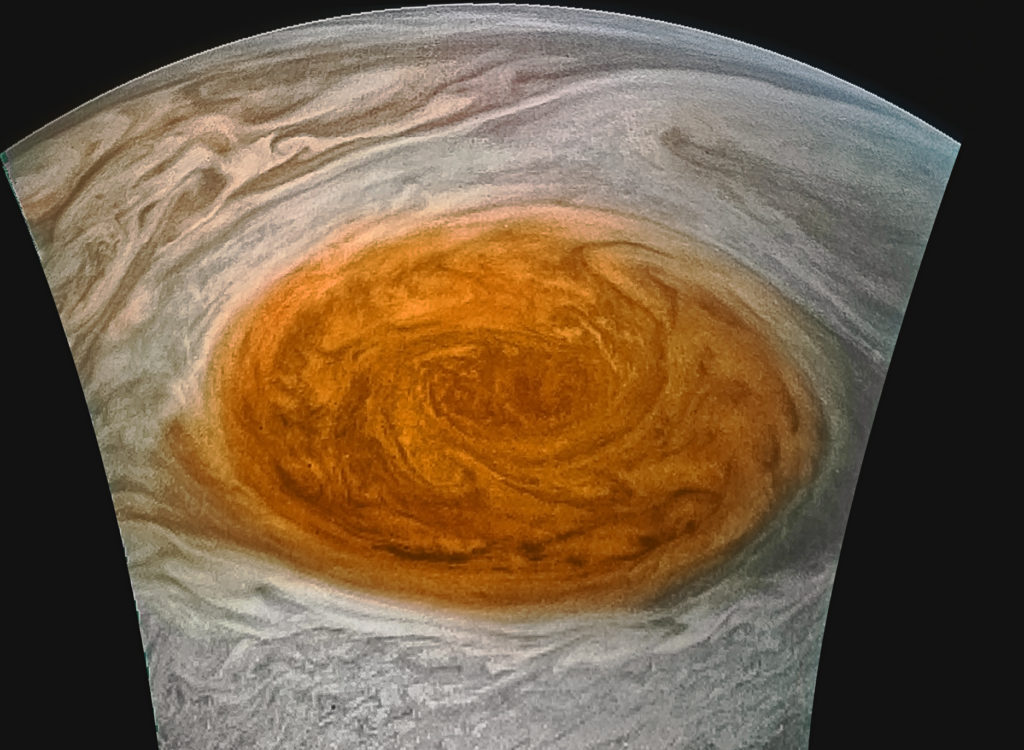 This image of Jupiter’s Great Red Spot was taken from Nasa’s Juno Spacecraft by Jason Major in mid-2017. It is one of the most powerful storms in the solar system, yet it is incredibly captivating from the relative safety on Earth. I appreciate the color enhancement done by NASA to show the scale of the vortexes created by the apocalyptic winds just 8,500 miles below the spacecraft taking the picture. I can’t imagine the forces exerted on any object inside the storm, but I imagine the wind speeds alone would tear apart anything in it. I think the juxtaposition of the terrible nature of the storm against the stunning atmospheric flows highlighted in the image are what make it special for me.